The Ironic Magnitude of Cognitive Biases 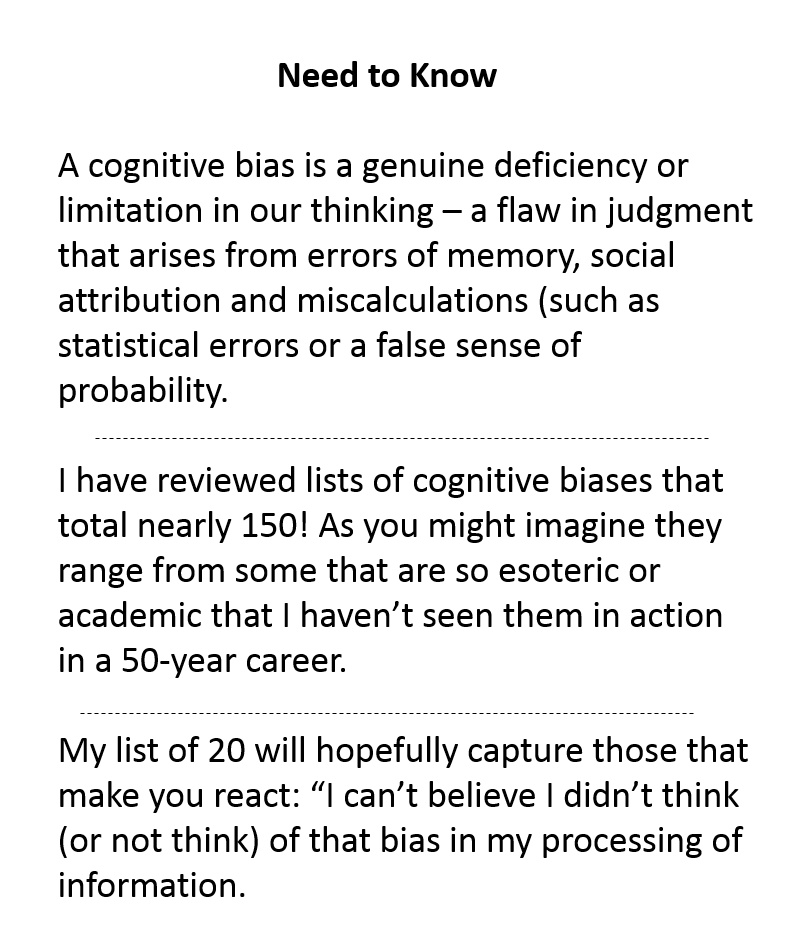 This is Part Two of a four-part series on “Thinking Errors.” In Part One, I provided an overview plus numerous links to readings and videos to help clarify and further your understanding.

“A cognitive bias is a genuine deficiency or limitation in our thinking – a flaw in judgment that arises from errors of memory, social attribution and miscalculations (such as statistical errors or a false sense of probability).” ~ George Dvorsky, from “The 12 cognitive biases that prevent you from being rational” 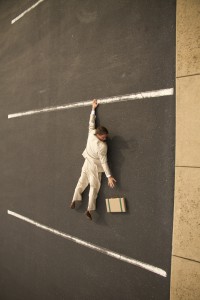 The idea of cognitive biases was introduced by Amos Tversky and Daniel Kahneman in their landmark article “Subjective probability: A judgment of representativeness” that appeared in “Cognitive Psychology” in 1972. The notion came from their research on people’s inability to reason intuitively as magnitude increased.

I have reviewed lists of cognitive biases that total nearly 150! As you might imagine they range from some that are so esoteric or academic that I haven’t seen them in action in a 50-year career.

On the other hand, below I have tried to summarize the ones I have come across the most in my business transactions and the ones you are most likely to have to cope with. Hopefully, my list of 20 will capture those that make you react: “I can’t believe I didn’t think (or not think) of that bias in my processing of information.”

When you see Part Three in this series you will appreciate categorization of thinking errors given that how much they overlap is to some degree subjective, but not relevant to presenting them.

Before we begin – here is a selection from the guy BusinessWeek calls “the man who invented management”:

“Finding the appropriate measurement is thus not a mathematical exercise. It is a risk-taking judgment.” ~ Peter Drucker, from the book “The Essential Drucker: The Best Sixty Years of Peter Drucker’s Essential Writings on Management” 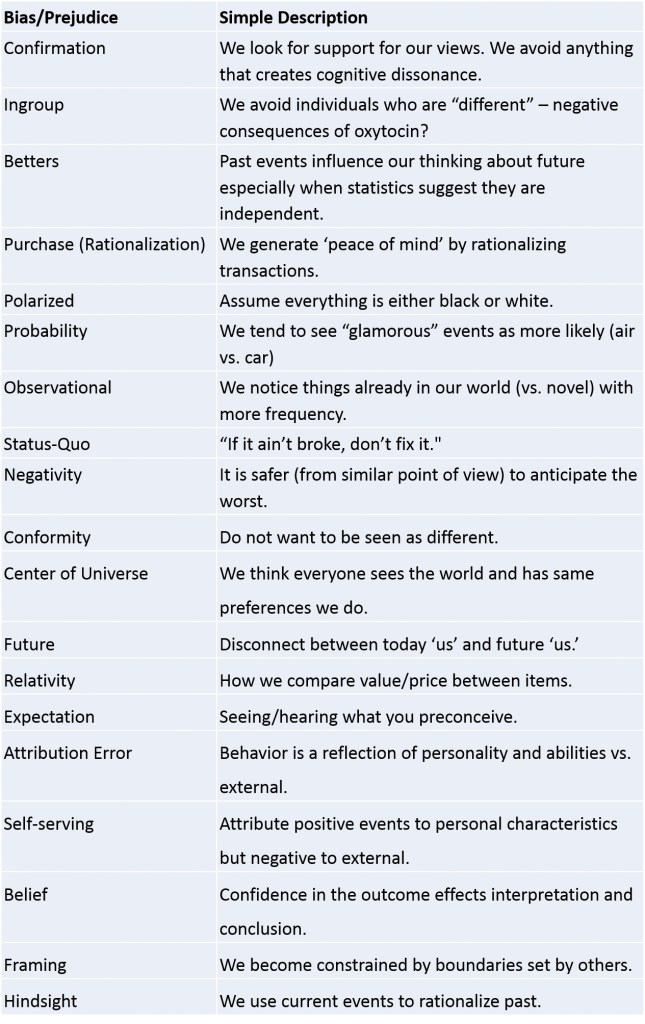 A classic example of cognitive bias that is not only prevalent in business but apparently creeps into our everyday lives is what Kahneman calls the “planning fallacy.” This is where we underestimate the time or cost of future tasks.

As gross as this sounds it would be a business success story if CAPEX budget to actual were this close!

As Shakespeare said in “Hamlet:” “Why, then, ’tis none to you, for there is nothing either good or bad, but thinking makes it so.”

The Business Brain Model  occupies a special niche, bringing together decades of experience across a very wide range of business and finance with an extraordinarily in-depth knowledge of the interface of neuroscience and psychology, including the latest developments in those fast-changing domains. This provides a singular insight into how these disciplines interact, and how recent developments in brain science can have a dramatic effect on business success. Bud’s writings should be required re… END_OF_DOCUMENT_TOKEN_TO_BE_REPLACED

In the “Business vs. Science: Are you losing this fight” blog, Bud’s main question is “if the information is available but is not being used, I put the question to you – why” and I believe this strongly relates as to why people are the most difficult aspect of business. I think being open to change is a huge obstacle that needs to be overcome by individuals in businesses today. I agree that change is scary and often requires a lot of preparation before it can be implemented, but the result could… END_OF_DOCUMENT_TOKEN_TO_BE_REPLACED

The blog post “The Most Difficult Aspect of Business is People” is a very good read and I think most if not all business owners should read it. I completely agree with the author’s thoughts about empathy. I think that most individuals tend to categorize sensitivity and the ability to understand and share feelings with weakness, therefore this always leads to there being “that guy” in most businesses. I believe that businesses that show more empathy have greater chances of success as it improves… END_OF_DOCUMENT_TOKEN_TO_BE_REPLACED

Rarely does a truly inspirational business leader come along who has achieved phenomenal success by challenging traditional thinking and is committed to sharing what he has learned with others – to improve business and the world. All too often organizations operate in cultures where tradition is revered and powerful systems prevent innovation from occurring. Yet both business and education are at a tipping point; mainstream practices are simply not sustainable – it must change.  Successful leade… END_OF_DOCUMENT_TOKEN_TO_BE_REPLACED

“I’ve enjoyed the erudition of your written work, especially your piece on “Laughter In The Workplace”; wherein you gingerly skip from Plato, Aristotle, Hobbes, and Descartes over to Kant and Schopenhauer, (by way of Freud and Spencer) with Abe Lincoln added for good measure. Each individual in your pantheon, especially lately, Kant, has provided important guideposts along the way for my own growth. I particularly appreciated your Laughter piece because it helped me to smile and be more light-he… END_OF_DOCUMENT_TOKEN_TO_BE_REPLACED

I really enjoyed reading the post on the value of people in a business and the difficulty associated with managing different personalities and skills. I particularly enjoyed the discussion on empathy as one of the most special and important gifts of our brain. I believe that empathy is an aspect of the human condition that affects so many aspects of social relationships, and can completely dictate the way we feel about someone, how we receive and react to them, and in the context of a busines… END_OF_DOCUMENT_TOKEN_TO_BE_REPLACED

“Thank you! This article (How To Exercise Your Decision Making Muscle) helped me close a deal over weekend! We had been working with an investment bank to get investment done in a client’s company for a long, long time. I used many tactics from the article including ‘go / no go date, analysis paralysis explanation and using imagination to see opportunity in a new light – I even gave a copy of the article to the banker. It was extremely timely and helpful – I ought to give you some of the commiss… END_OF_DOCUMENT_TOKEN_TO_BE_REPLACED