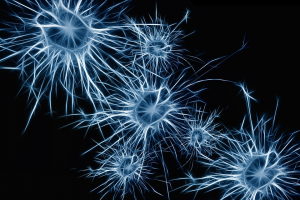 “Dreams pass into the reality of action. From the actions stems the dream again; and this interdependence produces the highest form of living.”  – Anias Nin

While it is generally agreed that anyone who practices mindfulness can ‘feel’ that it works – there is often a question in one’s mind especially a ‘business brain’ – is there a basis in fact/science? This is an issue I touched on in an earlier article (Daniel Kahneman Meets Dalai Lama) but I believe it warrants more attention.

This article and the following (TPN vs DMN – Brain Structure and Mindfulness) are intended to propose some context for discussion as they relate to the mindfulness impact on (1) neural mechanisms and (2) brain structure. I will also provide further reading resources in a future article.

One of my objectives here is to continue to present mindfulness without any quasi-spiritual connections.

As Stephen Batchelor put it in a somewhat provocative fashion: “[Mindfulness] is not concerned with anything transcendent or divine. It serves as an antidote to theism, a cure for sentimental piety, a scalpel for excising the tumor of metaphysical belief.”

It is interesting to note part of the underlying science is facilitated by a phenomenon first described in 1929 by a German scientist (Bergen) who confirmed the brain is electronically active even at rest thus enabling insights which (surprisingly!) showed there was considerable action in parts of resting brain. In this context see an earlier article (Why your gray and white matter matters).

Starting with the premise there is nothing simple when it comes to the brain – one would expect something as powerful as mindfulness would involve more than one functional area of the brain.

“I have known a great many troubles but most of them never happened.” – Mark Twain

Twain, of course, captured in his folksy way – the pitfall that is the DMN.

I should qualify this to say that this is relatively “new” idea so while there is still some debate about some aspects of the concept, I believe it falls short of what might be called ‘controversy’ over the presence of DMN.

Before we get into the specifics – a few general concepts:

It’s called “default” because it is the network that is activated unless we are specifically engaged in task specific activity. In other words, you are not attending to physical activity, interacting with the world around you, or involved in a dialogue. Examples of some other components of default mode network (DMN) include:

It is important to note: A well-balanced DMN helps us plan activities, contemplate future activities that are based on past events, and remember important parts of your personal history:  particularly autobiographic – episodic memories.

With the evolutionary development of the brain and of intellectual capabilities came the tradeoff that some of these functions could go too far and cause mental anguish. Thus, it is not considered to be a “happy state”. Nevertheless, it is sometimes linked to creativity not hard to believe if you think back to certain creative geniuses.

Complications in the default mode network have been linked to a collection of maladies, including Alzheimer’s disease, autism, bipolar disorder, PTSD, depression – the list goes on.

One of the best illustrations of the components and roles of these parts and how they interact is provided in the article Neuroscience of Mindfulness: Default Mode Network, Meditation & Mindfulness by Matthew Williams.

“Imagine that you are romantically interested in a coworker. Perhaps after a few days or weeks of gathering your courage, you decide to ask her out on a date. Your heart pounds and fear coats your upper lip with sweat as you await her response. But after an agonizing series of seconds that feel like minutes your romantic interest provides a resounding – No.”

“Later that day, as you sit down for dinner, you begin to process the events of that afternoon. Your mPFC/emotional sensor retrieves the memory of your romantic rejection formed by your hippocampus/memorizer. The memory is laden with fear and embarrassment courtesy of the amygdala/emoter. The PCC/emotional Integrator forces you to re-experience the bodily state of fear and embarrassment while the mPFC/emotional sensor replays the ordeal over and over again in your mind’s eye.”

* Generally, medially oriented and spread throughout the brain.

As you might imagine certain aspects of this phenomena are hard to quantify but I have seen several sources propose that as much as 50% of your time can be spent in DMN and that as much as 80% of the ‘bad news’ that comes out of your ruminations never materializes.

Put another way by Susan L. Smalley, Ph.D. (Mind-wandering and mindfulness) we mind-wander to happy thoughts but we only do that about one third of the time; two-thirds of our mind-wandering thought content is stressful or neutral and that puts us in less happy moods.

“In your mind isn’t clouded by unnecessary things. This is the best season of your life.” – Wu-Men

“Only that day dawns to which we are awake.” – Henry David Thoreau, Walden

The TPN is active during ‘attention-demanding’ tasks and includes our conscious attention towards the external environment. This happens through our various senses, towards our internal condition, and to the intentional execution of physical and mental action.

Additional components of the TPN include:

With regard to TPN – again per Matthew Williams:

“Imagine that you are sitting down to meditate. You rest yourself comfortably on your meditation cushion and straighten your back. Your mind is still operating on the DMN as you relive a conversation from earlier in the day or worry about a project that is due at the end of the week. But then you engage the lPFC/Director and activate the TPN, silencing the DMN.”

“The lPFC/Director directs your attention away from your ruminative thoughts to your internal and external environment. The ACC/Attender facilitates this switch in attentional focus.”

It is important to note: the task positive network can be further divided into different sub-networks such as the salience network, dorsal attention network, and (left and right) executive networks. These networks may convey complex interactions with the DMN (Modulatory interactions between the default mode network and task positive networks in resting-state by Xin Di and Bharat B. Biswal). Put another way awareness of mind wandering was linked with activation in the salience network (SN).

For example: Sridharan and colleagues showed that the salience network (Seeley et al., 2007) activated the executive network which is part of the task positive network, and deactivated the DMN during both task performing conditions and resting-state (Sridharan, Levitin & Menon, 2008).

“The salience network seems to be involved in determining how relevant a particular piece of information, or a thing you are looking at or thinking about, is to you.

The salience network makes us switch between the two others according to our needs.

The next time you feel helplessly lost in worry or self-recrimination remind yourself of the power of the TPN. Go for a walk, practice yoga, sense your breath, or engage fully in a conversation with a friend. You need not overpower your DMN to escape negative thoughts. You need only to intentionally engage your TPN and allow your natural physiology to disengage your DMN.”

Imagine conducting your business let alone living your life in this state of mind.

“Renew thyself completely each day; do it again, and again, and forever again.” Chinese admonishment cited by Thoreau in Walden.

According to Good at Task, Bad at People? By Sandeep Gautam:

Neither is the TPN “good” nor the DMN “bad” however the balance between the two is a dynamic relationship.

The Business Brain Model  occupies a special niche, bringing together decades of experience across a very wide range of business and finance with an extraordinarily in-depth knowledge of the interface of neuroscience and psychology, including the latest developments in those fast-changing domains. This provides a singular insight into how these disciplines interact, and how recent developments in brain science can have a dramatic effect on business success. Bud’s writings should be required re… END_OF_DOCUMENT_TOKEN_TO_BE_REPLACED

“I’ve enjoyed the erudition of your written work, especially your piece on “Laughter In The Workplace”; wherein you gingerly skip from Plato, Aristotle, Hobbes, and Descartes over to Kant and Schopenhauer, (by way of Freud and Spencer) with Abe Lincoln added for good measure. Each individual in your pantheon, especially lately, Kant, has provided important guideposts along the way for my own growth. I particularly appreciated your Laughter piece because it helped me to smile and be more light-he… END_OF_DOCUMENT_TOKEN_TO_BE_REPLACED

Rarely does a truly inspirational business leader come along who has achieved phenomenal success by challenging traditional thinking and is committed to sharing what he has learned with others – to improve business and the world. All too often organizations operate in cultures where tradition is revered and powerful systems prevent innovation from occurring. Yet both business and education are at a tipping point; mainstream practices are simply not sustainable – it must change.  Successful leade… END_OF_DOCUMENT_TOKEN_TO_BE_REPLACED

I really enjoyed reading the post on the value of people in a business and the difficulty associated with managing different personalities and skills. I particularly enjoyed the discussion on empathy as one of the most special and important gifts of our brain. I believe that empathy is an aspect of the human condition that affects so many aspects of social relationships, and can completely dictate the way we feel about someone, how we receive and react to them, and in the context of a busines… END_OF_DOCUMENT_TOKEN_TO_BE_REPLACED

“Thank you! This article (How To Exercise Your Decision Making Muscle) helped me close a deal over weekend! We had been working with an investment bank to get investment done in a client’s company for a long, long time. I used many tactics from the article including ‘go / no go date, analysis paralysis explanation and using imagination to see opportunity in a new light – I even gave a copy of the article to the banker. It was extremely timely and helpful – I ought to give you some of the commiss… END_OF_DOCUMENT_TOKEN_TO_BE_REPLACED

In the “Business vs. Science: Are you losing this fight” blog, Bud’s main question is “if the information is available but is not being used, I put the question to you – why” and I believe this strongly relates as to why people are the most difficult aspect of business. I think being open to change is a huge obstacle that needs to be overcome by individuals in businesses today. I agree that change is scary and often requires a lot of preparation before it can be implemented, but the result could… END_OF_DOCUMENT_TOKEN_TO_BE_REPLACED

The blog post “The Most Difficult Aspect of Business is People” is a very good read and I think most if not all business owners should read it. I completely agree with the author’s thoughts about empathy. I think that most individuals tend to categorize sensitivity and the ability to understand and share feelings with weakness, therefore this always leads to there being “that guy” in most businesses. I believe that businesses that show more empathy have greater chances of success as it improves… END_OF_DOCUMENT_TOKEN_TO_BE_REPLACED