When a Burp is a Thumbs Up: Culturing Your Nonverbal Communication. Nonverbal: Part Two 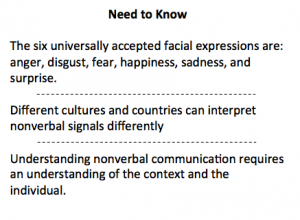 “If we are strong, our strength will speak for itself. If we are weak, words will be of no help.” ~ John F.  Kennedy

Amongst my various duties at Kirchner Group, I get to preside over ‘premortems.’  That is where we chat (hypothetically) about what “went wrong” before we execute an initiative for ourselves or our clients/partners. Sound like I think glass is half empty?

Pragmatically speaking (on the back of a fifty year career), I have seen almost everything that can go wrong (I have fixed more broken businesses than most people have seen) and proceeding in this fashion has served Kirchner Group, our partners and our clients well. 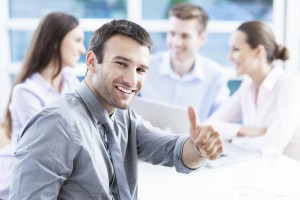 Anyway, I thought it would be worth spending some effort considering what might be at play when nonverbal communication sends the wrong signal – or when the right signal is read wrong.

While nonverbal communication appears to be a skill you can learn, as with most neurological based talents, the talent-level of skills varies.

Legendary in this context was a man named Silvan Tomkins (see the final chapter of “Blink” by Malcolm Gladwell) who was by all accounts a savant in reading microexpressions and more. Reportedly, he could look at wanted posters and predict the crime from the face.

Incidentally, Tomkins best way of putting his gift in context is he stated ‘the face is like the penis.’ Presumably, he meant it has a mind of its own?

Lest we become skeptical on the link between the sender’s face and body and the recipient’s receptors, there are many studies where individuals create a facial expression (e.g. hold a pen in your lips) and this has a measurable impact on their mood/emotions. Turns out, if you help your face smile you feel better and it works on the person you are building a relationship with.  Who would have thought?

Needless to say, nonverbal communication does not occur in a vacuum. You need to be mindful of the context and individuals such as:

There are other signals (for example, undue hesitations and too much attention to details) that tend to help interpret disconnects between verbal and nonverbal. Also, keep all this in mind as you watch for asymmetrical expressions or expressions that are prolonged in nature.

Thumbs Up Can Be A Thumbs Down

In addition to the ‘qualifiers’ in the previous section, one must be careful interpreting or sending nonverbal cues in other cultures. There are landmines that you need to watch for. However, more than a bit like having a verbal conversation in your nonnative language,.just as some people learn languages easier, some adapt to nonverbal better.

I thought this was an issue worth pursuing given so much discussion of the dominance of nonverbal; and given how, in many ways, signals are universal (per evolution); and given how many business people have suppliers, manufacturers, customers and investors in other cultures.

Research has shown, and it is widely accepted today, that there are six universally accepted facial expressions: anger, disgust, fear, happiness, sadness and surprise.

The book “Language and Intercultural Communication in the New Era,” Farzad Sharifian and Maryam Jamarani point out (on page 118) those expressions are based on the early research of Paul Ekman and his colleagues who went so far as to study “two preliterate tribes—the Fore and the Dani—in the highlands of New Guinea” to back their findings.

In more recent research, there are arguments to add and subtract emotions from the list. An often cited study is Jonathan Haidt and Dacher Keltner’s “Culture and Facial Expressions: Open-ended Methods Find More Expressions and a Gradient of Recognition.” On page 260 they argue for adding embarrassment, amusement and contempt but getting rid of sadness.

Having said all this, there are always exceptions: smiling in much of Scandinavia and Russia could be a sign of too much emotion; in China and Japan smiling could be interpreted as masking sadness – they cannot share sadness.

“smiling in much of Scandinavia and Russia could be a sign of too much emotion; in China and Japan smiling could be interpreted as masking sadness – they cannot share sadness.”

I have done business in 28 countries (so I’ve seen a few) and I’ve been sensitized to others but not always in a pleasant fashion. Clearly, different languages exacerbate a situation because you are relying even more on nonverbal communication.

The classic example is head nodding. In the Middle East, the “yes” and “no” signals are reversed.

Thumbs up can have negative implications. In Latin America and some parts of the Middle East, it is vulgar.

Eye contact is usually interpreted to be rude and offensive in Middle East.It is also considered an insult in the Middle East and sections of Europe to show the sole of your shoe to someone (as in feet on the desk) – even if you’re the President.

Still another example is in the category of proxemics (and the illustration that nothing is simple), there was a period when I was doing business simultaneously in Brazil and Thailand. The former, an area where embrace is an important threshold, while the latter quite the contrary. Each flight I needed to ‘deprogram’ myself!

Finally, in the category of things that won’t make/break your deal (although I have seen stranger things happen) a belch is flattering to the cook in India.

“All meanings, we know, depend on the key of interpretation.” ~ George Eliot, author

Now if you really want to get into the weeds – a good jumping off point is “Culture and Nonverbal Behavior,” by David Matsumoto.

The Business Brain Model  occupies a special niche, bringing together decades of experience across a very wide range of business and finance with an extraordinarily in-depth knowledge of the interface of neuroscience and psychology, including the latest developments in those fast-changing domains. This provides a singular insight into how these disciplines interact, and how recent developments in brain science can have a dramatic effect on business success. Bud’s writings should be required re… END_OF_DOCUMENT_TOKEN_TO_BE_REPLACED

In the “Business vs. Science: Are you losing this fight” blog, Bud’s main question is “if the information is available but is not being used, I put the question to you – why” and I believe this strongly relates as to why people are the most difficult aspect of business. I think being open to change is a huge obstacle that needs to be overcome by individuals in businesses today. I agree that change is scary and often requires a lot of preparation before it can be implemented, but the result could… END_OF_DOCUMENT_TOKEN_TO_BE_REPLACED

The blog post “The Most Difficult Aspect of Business is People” is a very good read and I think most if not all business owners should read it. I completely agree with the author’s thoughts about empathy. I think that most individuals tend to categorize sensitivity and the ability to understand and share feelings with weakness, therefore this always leads to there being “that guy” in most businesses. I believe that businesses that show more empathy have greater chances of success as it improves… END_OF_DOCUMENT_TOKEN_TO_BE_REPLACED

Rarely does a truly inspirational business leader come along who has achieved phenomenal success by challenging traditional thinking and is committed to sharing what he has learned with others – to improve business and the world. All too often organizations operate in cultures where tradition is revered and powerful systems prevent innovation from occurring. Yet both business and education are at a tipping point; mainstream practices are simply not sustainable – it must change.  Successful leade… END_OF_DOCUMENT_TOKEN_TO_BE_REPLACED

“I’ve enjoyed the erudition of your written work, especially your piece on “Laughter In The Workplace”; wherein you gingerly skip from Plato, Aristotle, Hobbes, and Descartes over to Kant and Schopenhauer, (by way of Freud and Spencer) with Abe Lincoln added for good measure. Each individual in your pantheon, especially lately, Kant, has provided important guideposts along the way for my own growth. I particularly appreciated your Laughter piece because it helped me to smile and be more light-he… END_OF_DOCUMENT_TOKEN_TO_BE_REPLACED

I really enjoyed reading the post on the value of people in a business and the difficulty associated with managing different personalities and skills. I particularly enjoyed the discussion on empathy as one of the most special and important gifts of our brain. I believe that empathy is an aspect of the human condition that affects so many aspects of social relationships, and can completely dictate the way we feel about someone, how we receive and react to them, and in the context of a busines… END_OF_DOCUMENT_TOKEN_TO_BE_REPLACED

“Thank you! This article (How To Exercise Your Decision Making Muscle) helped me close a deal over weekend! We had been working with an investment bank to get investment done in a client’s company for a long, long time. I used many tactics from the article including ‘go / no go date, analysis paralysis explanation and using imagination to see opportunity in a new light – I even gave a copy of the article to the banker. It was extremely timely and helpful – I ought to give you some of the commiss… END_OF_DOCUMENT_TOKEN_TO_BE_REPLACED