Your brain: How “committees” on terrorism, concerts and weddings guide you 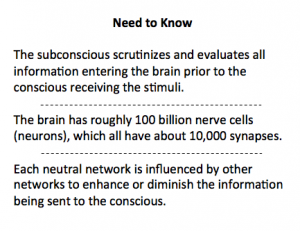 “The brain – that’s my second most favorite organ” – Woody Allen

After dozens of posts, I feel as though I have been remiss – so many references to the brain (Hell, the site is named after it!) but no commentary on the brain itself. In any event – here is a schema I offer you for the brain.

Do you really need to know this?

You better.  After all, billions of committee members each with more than ten thousand hands are reaching out to influence your every thought!

The brain has about 100 billion nerve cells (neurons). Each nerve cell has about 10,000 synapses (connections to other neurons).  Signals enter the neuron until they reach a certain threshold and then the neuron sends an action potential thus creating an electrical signal. Incidentally, when you learn something these synapses become more efficient – think neuroplasticity.

For the non-luddites (i.e. technically savvy) in the audience – think of it as an enormous parallel information processing system.

The brain: where terrorism, concerts and weddings meet at the same time

One of my favorite (and easiest to understand) metaphors 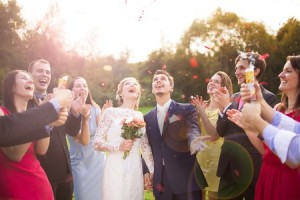 for the way our neural network functions – i.e. the dialogue between conscious and subconscious around decisions, memories etc. – appears in a book I came across from 2008 titled “On Being Certain” by Robert Burton.

The following is the essence of his description:

A bright light is flashed in your eyes. But, before an exact reproduction of the flash makes it to your conscious – it goes to the subconscious.

At subconscious level it is “scrutinized, evaluated and discussed by a screening committee representing all of your biological tendencies and past experiences.”

This review happens independent of the conscious part of the brain.

As the metaphor continues – each committee member represents an independent neural connection (memories). So you have groups like:

In the metaphor, each committee has one number, one vote review of the situation (likely weighted by the intensity of the flash) to decide next steps – ranging from disregard to flight to fight – to send to the conscious part of the brain.

In this case, all members vote “yes” except for the rock concert because a ‘flash’ is no big deal if you have been to many concerts. That message is sent to the conscious part of the brain, which goes on high alert until you realize “you are at a wedding and everyone is taking pictures of the bride.”

The (combined) brains direction to the body – “Don’t be so anxious.”

Your brain makes the bed you lie in

In closing, while each committee member represents a neural network, each network can be influenced by other networks.  They might enhance or diminish each other. So – as with a man no neural network is an island.

Just to tie this and the previous scientific description together: in the metaphor, the implication is that billions of committee members, each with more than ten thousand hands reaching out, are trying to influence (by reinforcement or rejection) other committee members.

“The unfortunate thing about this world is that good habits are so much easier to give up than bad ones.” ~ Somerset Maugham

The final point that Burton makes here centers on the idea that repeated signals across a neuron network behave like a stream creating a ‘bed’ in which it is more and more difficult to flow outside of. You wonder why habits are hard to break? You may remember my phrase from one of my earliest posts – “neurons that fire together wire together.”

So what say you? Now that you know how neurons work – billions of committees and thousands of hands reaching out – do you think those hands are working for you or against you? And does your answer mean you are half-full or half-empty person?

Incidentally, anyone who wants more insights than I am presenting on this topic and who think they learn new things most efficiently via metaphors (it’s a trick: we all learn best by metaphors), Burton’s book is worth a read (with the caveat it is seven years old so not everything he writes has stood the test of time).

And one more thing worth remembering, his book has another great metaphor starting on page 128. I’m sure I only need to tell you once because the metaphor is, of course, about remembering.

In the “Business vs. Science: Are you losing this fight” blog, Bud’s main question is “if the information is available but is not being used, I put the question to you – why” and I believe this strongly relates as to why people are the most difficult aspect of business. I think being open to change is a huge obstacle that needs to be overcome by individuals in businesses today. I agree that change is scary and often requires a lot of preparation before it can be implemented, but the result could… END_OF_DOCUMENT_TOKEN_TO_BE_REPLACED

Rarely does a truly inspirational business leader come along who has achieved phenomenal success by challenging traditional thinking and is committed to sharing what he has learned with others – to improve business and the world. All too often organizations operate in cultures where tradition is revered and powerful systems prevent innovation from occurring. Yet both business and education are at a tipping point; mainstream practices are simply not sustainable – it must change.  Successful leade… END_OF_DOCUMENT_TOKEN_TO_BE_REPLACED

“Thank you! This article (How To Exercise Your Decision Making Muscle) helped me close a deal over weekend! We had been working with an investment bank to get investment done in a client’s company for a long, long time. I used many tactics from the article including ‘go / no go date, analysis paralysis explanation and using imagination to see opportunity in a new light – I even gave a copy of the article to the banker. It was extremely timely and helpful – I ought to give you some of the commiss… END_OF_DOCUMENT_TOKEN_TO_BE_REPLACED

The Business Brain Model  occupies a special niche, bringing together decades of experience across a very wide range of business and finance with an extraordinarily in-depth knowledge of the interface of neuroscience and psychology, including the latest developments in those fast-changing domains. This provides a singular insight into how these disciplines interact, and how recent developments in brain science can have a dramatic effect on business success. Bud’s writings should be required re… END_OF_DOCUMENT_TOKEN_TO_BE_REPLACED

“I’ve enjoyed the erudition of your written work, especially your piece on “Laughter In The Workplace”; wherein you gingerly skip from Plato, Aristotle, Hobbes, and Descartes over to Kant and Schopenhauer, (by way of Freud and Spencer) with Abe Lincoln added for good measure. Each individual in your pantheon, especially lately, Kant, has provided important guideposts along the way for my own growth. I particularly appreciated your Laughter piece because it helped me to smile and be more light-he… END_OF_DOCUMENT_TOKEN_TO_BE_REPLACED

The blog post “The Most Difficult Aspect of Business is People” is a very good read and I think most if not all business owners should read it. I completely agree with the author’s thoughts about empathy. I think that most individuals tend to categorize sensitivity and the ability to understand and share feelings with weakness, therefore this always leads to there being “that guy” in most businesses. I believe that businesses that show more empathy have greater chances of success as it improves… END_OF_DOCUMENT_TOKEN_TO_BE_REPLACED

I really enjoyed reading the post on the value of people in a business and the difficulty associated with managing different personalities and skills. I particularly enjoyed the discussion on empathy as one of the most special and important gifts of our brain. I believe that empathy is an aspect of the human condition that affects so many aspects of social relationships, and can completely dictate the way we feel about someone, how we receive and react to them, and in the context of a busines… END_OF_DOCUMENT_TOKEN_TO_BE_REPLACED