“Humanity’s ability to alter its own brain function might well shape history as powerfully as the development of metallurgy in the Iron Age, mechanization in the Industrial Revolution or genetics in the second half of the twentieth century.” (Farah et al. “Neurocognitive Enhancement: What Can We Do and What Should We Do?” 2004) – as cited in Cognitive Prosthetics and the Augmented Mind – Michael Ridley.

What business person would not want to get more out of their most important resource? 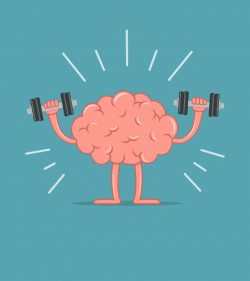 The challenge presented by this is highlighted in previous articles where I identified just some of the issues:

You are talking about an organ representing 2% of body weight while burning over 20% of the body energy (What do your Mother, a Car Salesman and a Hare Krishna devotee have in Common?). This is, of course, further exacerbated by the fact 47% of your thoughts are not helpful (TPN vs. DMN – Neural Mechanisms and Mindfulness).

With this in mind – I have focused on four approaches (representing the gamut from ‘state of art’ to ‘old fashioned’). The articles will appear in two parts: (1) Hi-tech/new age and (2) the lo-tech/tried and true.

As always my comments are not intended to validate or endorse any of these techniques but rather to call them to the reader’s attention and encourage discussion. I raise this flag because I am aware of “brain hackers” in various shapes and sizes. For example, it is estimated that close to 10% of US University students (and 25% of UK) have tried ‘smart’ drugs.

I have relied heavily on “50 Human Brain Ideas You Really Need to Know” by Moheb Costandi as a source for this section and the following. As appropriate I have also consulted more recent articles to update any new developments.

Just to be clear the list here is at best illustrative given the pace of new discoveries in this area.

I paraphrase Constandi to describe these three approaches:  This technique was developed for patients about to undergo neurosurgery, to investigate brain function in the lab, and to facilitate rehabilitation following brain injury – more recently it has seen applications to enhance cognitive function in healthy people.

Prescription drugs developed for specific medical conditions (psychiatric) can, at least, theoretically make healthy people more productive, enhancing processes such as attention, concentration and memory in other words to improve their ability to learn, create, recall memories, reason and concentrate. 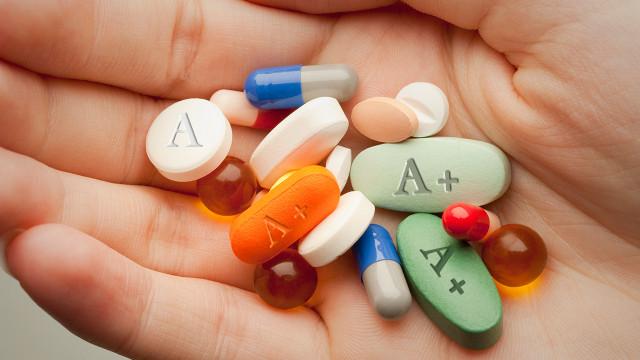 Once again, I relay on Constandi to describe the options. Just to be clear the list here is at best illustrative given the pace of new discoveries in this area.

Numerous pharmaceutical companies are emerging to capture markets such as Alzheimer’s and related (cognitive) conditions, so we can expect a preponderance of cognitive enhancing drugs. Cognition-Enhancing Drugs published in The Milbank Quarterly – Maxwell J. Mehlman – provides a good overview.

Nootropicsinfo.com provides a concise summary of drugs and purported benefits. Also, a blog titled 13 Nootropics to Unlock Your True Brain by Dave Asprey which appears on the Bulletproof blog site gives personal perspective to the issues.

By linking the Internet to our brain “it would become seamlessly part of us, as natural and simple to use as our own hands,”

Some authors (Chorost) have used the analogy of how the corpus callosum links two hemispheres of our brain to the type of linkage of brain/internet.

Per Heck, these prosthetics are generally iPod Touch, phone, tablet, etc. that can be used to assist individuals with cognitive-communication impairments that impact them on a daily basis. The devices can provide assistance with many commonly identified issues including those related to memory, organization, and executive functioning. Examples include: allowing paralyzed people to type and creating interactive installations that convert people’s brain waves into moving visual displays. Musicians have used them to transform brain-wave patterns into sounds.

At the time of the Heck article, there were two popular brands of smart devices: Apple (iPod Touch, iPhone, iPad) and Android (phones, tablets). A frequent question that comes up is which type of device is better. The author at the time preferred the way the Apple user interacts with the device.

Admittedly, I am much more of a fan of ballet than the internet, I was impressed by her Martha Graham metaphor. “The dancer and the dance become one.”

In closing, I should mention – a number of “training programs” have been developed – for example: BrainHQ, Lumosity, and Cogmed – the latter being the oldest.

The research doesn’t seem to back up the claims of (most of) the brain training companies. Instead of increasing your overall intelligence, playing these games just makes you better at those games. There’s limited (if any) transfer to the real world.

However, according to Brett McKay and Kate McKay one type of game has been shown over and over to improve working memory – “dual n-back game”.

The Business Brain Model  occupies a special niche, bringing together decades of experience across a very wide range of business and finance with an extraordinarily in-depth knowledge of the interface of neuroscience and psychology, including the latest developments in those fast-changing domains. This provides a singular insight into how these disciplines interact, and how recent developments in brain science can have a dramatic effect on business success. Bud’s writings should be required re… END_OF_DOCUMENT_TOKEN_TO_BE_REPLACED

Rarely does a truly inspirational business leader come along who has achieved phenomenal success by challenging traditional thinking and is committed to sharing what he has learned with others – to improve business and the world. All too often organizations operate in cultures where tradition is revered and powerful systems prevent innovation from occurring. Yet both business and education are at a tipping point; mainstream practices are simply not sustainable – it must change.  Successful leade… END_OF_DOCUMENT_TOKEN_TO_BE_REPLACED

In the “Business vs. Science: Are you losing this fight” blog, Bud’s main question is “if the information is available but is not being used, I put the question to you – why” and I believe this strongly relates as to why people are the most difficult aspect of business. I think being open to change is a huge obstacle that needs to be overcome by individuals in businesses today. I agree that change is scary and often requires a lot of preparation before it can be implemented, but the result could… END_OF_DOCUMENT_TOKEN_TO_BE_REPLACED

“Thank you! This article (How To Exercise Your Decision Making Muscle) helped me close a deal over weekend! We had been working with an investment bank to get investment done in a client’s company for a long, long time. I used many tactics from the article including ‘go / no go date, analysis paralysis explanation and using imagination to see opportunity in a new light – I even gave a copy of the article to the banker. It was extremely timely and helpful – I ought to give you some of the commiss… END_OF_DOCUMENT_TOKEN_TO_BE_REPLACED

I really enjoyed reading the post on the value of people in a business and the difficulty associated with managing different personalities and skills. I particularly enjoyed the discussion on empathy as one of the most special and important gifts of our brain. I believe that empathy is an aspect of the human condition that affects so many aspects of social relationships, and can completely dictate the way we feel about someone, how we receive and react to them, and in the context of a busines… END_OF_DOCUMENT_TOKEN_TO_BE_REPLACED

“I’ve enjoyed the erudition of your written work, especially your piece on “Laughter In The Workplace”; wherein you gingerly skip from Plato, Aristotle, Hobbes, and Descartes over to Kant and Schopenhauer, (by way of Freud and Spencer) with Abe Lincoln added for good measure. Each individual in your pantheon, especially lately, Kant, has provided important guideposts along the way for my own growth. I particularly appreciated your Laughter piece because it helped me to smile and be more light-he… END_OF_DOCUMENT_TOKEN_TO_BE_REPLACED

The blog post “The Most Difficult Aspect of Business is People” is a very good read and I think most if not all business owners should read it. I completely agree with the author’s thoughts about empathy. I think that most individuals tend to categorize sensitivity and the ability to understand and share feelings with weakness, therefore this always leads to there being “that guy” in most businesses. I believe that businesses that show more empathy have greater chances of success as it improves… END_OF_DOCUMENT_TOKEN_TO_BE_REPLACED