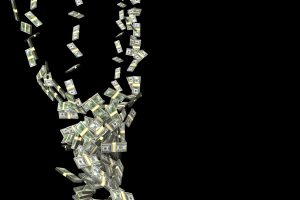 “When the rate of return on capital exceeds the rate of growth of output and income, as it did in the nineteenth century and seems quite likely to do again in the twenty-first, capitalism automatically generates arbitrary and unsustainable inequalities that radically undermine the meritocratic values on which democratic societies are based.”

This quote from Thomas Piketty’s classic Capital in the Twenty-First Century as translated by Arthur Goldhammer sets the stage for the next couple blogs.

One of the current ‘hot’ topics for behavioral economist is ‘equality’ – specifically how do people rate the inequality they experience – and what do they think is the current distribution of wealth.

Dan Ariely has drawn the following conclusions from his research: “Americans Want to Live in a Much More Equal Country (They Just Don’t Realize It)”.

As a sidebar from, “How much equality would you like?” – S.M.

Given the current political environment in the US – I feel compelled to share another excerpt from Ariely:

“Polarized and derisive rhetoric flying back and forth between Democrats and Republicans, one would think there was an insurmountable gap between their positions. So how is it possible that we found so little difference between them in our study? One reason for this could be our inability to separate our ideology from our current state of wealth.”

At this point I will focus on the symptoms while the next blog will look at cause. As you might imagine numerous scholarly tomes have been written on this topic. However – I don’t know of many books that have struck a chord with me like Makers and Takers – The Rise of Finance and the Fall of American Business by Rana Foroohar.

Let me state it simply – the subtitle says it all!

As an aside: One, (me) can’t help but get excited (not to mention pleased) when an articulate and credited journalist put their finger (tourniquet) on a sucking chest wound that one (me) had been concerned about for some time.

I will rely heavily on a this book since I think it does a good job of diluting some of the ideas down to the components that I deal with every day – people/jobs/individual companies/private equity/venture capital etc. etc.

Laying it on the Table

By way of full disclosure – I must declare that this is a very personal topic for me.  More than three decades ago I founded Kirchner Group on two premises:

To put it another way – our entire team and I have committed our careers to creating real value – not using our talents to create the perception of value or short term versions of value which has resulted in our unwavering commitment to the thoughtful integration of ‘earning and returning’.

To sum up my disclosure – I am firm believer in creating value the old fashioned way (heavy lifting/long term view) – in my opinion while ‘financial engineering’ can be a tool – it is a dangerous one and one that is used far too often.

Having said that – this is clearly a complicated issue(s) – with many nuances and even more opinions. As with all things in business (in life!) it is not as simple as one vs. another.  So while financialization may be a convenient scapegoat it would not serve our purpose to assume we had the problem figured out or what the cause may be.

It is with real world perspective that I approach this topic. I have a unique vantage point as Kirchner Group often finds itself at the interface between the financial sector and operating companies (i.e. business).

Just by way of context – I believe it fair to say – we are ‘up close and personal’ with numerous businesses across our broader platform especially in contexts such as operations, advisory, enterprise development and investments. We deal with over 50 companies per year across the entire lifecycle, from birth-maturation-crystallization-liquidity and are involved in all the processes that enable them to move from one to the other.

While the bulk of our involvement is not with public companies or real estate – we have sufficient exposure to relate to the situation in general so I can confirm a lot of what Foroohar says in her book – from the trenches.

Why should we be concerned?

Just to set the stage here are 7 particularly salient points I quote from “Makers and Takers” to get the discussion going.

Lest you think this picture is unbalanced in that it only deals with larger assets/situations – let me share with you another perspective from a recent book (Chaos Monkeys: Obscene Fortune and Random Failure in Silicon Valley by Antonio Garcia Martinez).

“You’ll have to trust me on this: the story of just about every early-stage startup is peppered with tales such as mine. Backroom deals negotiated via phone calls to leave no legal trace, behind-the-back betrayals of investors or cofounders, seductive duping of credulous employees so they work for essentially nothing.” – Antonio Garcia Martinez

As I end this introduction to the topic I would be remiss if I did not point in the direction of some of the early skirmishes this topic has stimulated:

“I’d like to live as a poor man with lots of money.” – Pablo Picasso

About the Author: W.B. “Bud” Kirchner is a serial entrepreneur, philanthropist and sponsor of impact activities with more than 50 years of business success. He is the Founder and CEO of Kirchner Group, a traditional merchant bank and Founder of the Kirchner Impact Foundation that aims to harness the positive power of enterprise to make a difference in addressing some of the most important issues in the world today.

The Business Brain Model  occupies a special niche, bringing together decades of experience across a very wide range of business and finance with an extraordinarily in-depth knowledge of the interface of neuroscience and psychology, including the latest developments in those fast-changing domains. This provides a singular insight into how these disciplines interact, and how recent developments in brain science can have a dramatic effect on business success. Bud’s writings should be required re… END_OF_DOCUMENT_TOKEN_TO_BE_REPLACED

Rarely does a truly inspirational business leader come along who has achieved phenomenal success by challenging traditional thinking and is committed to sharing what he has learned with others – to improve business and the world. All too often organizations operate in cultures where tradition is revered and powerful systems prevent innovation from occurring. Yet both business and education are at a tipping point; mainstream practices are simply not sustainable – it must change.  Successful leade… END_OF_DOCUMENT_TOKEN_TO_BE_REPLACED

In the “Business vs. Science: Are you losing this fight” blog, Bud’s main question is “if the information is available but is not being used, I put the question to you – why” and I believe this strongly relates as to why people are the most difficult aspect of business. I think being open to change is a huge obstacle that needs to be overcome by individuals in businesses today. I agree that change is scary and often requires a lot of preparation before it can be implemented, but the result could… END_OF_DOCUMENT_TOKEN_TO_BE_REPLACED

“Thank you! This article (How To Exercise Your Decision Making Muscle) helped me close a deal over weekend! We had been working with an investment bank to get investment done in a client’s company for a long, long time. I used many tactics from the article including ‘go / no go date, analysis paralysis explanation and using imagination to see opportunity in a new light – I even gave a copy of the article to the banker. It was extremely timely and helpful – I ought to give you some of the commiss… END_OF_DOCUMENT_TOKEN_TO_BE_REPLACED

I really enjoyed reading the post on the value of people in a business and the difficulty associated with managing different personalities and skills. I particularly enjoyed the discussion on empathy as one of the most special and important gifts of our brain. I believe that empathy is an aspect of the human condition that affects so many aspects of social relationships, and can completely dictate the way we feel about someone, how we receive and react to them, and in the context of a busines… END_OF_DOCUMENT_TOKEN_TO_BE_REPLACED

“I’ve enjoyed the erudition of your written work, especially your piece on “Laughter In The Workplace”; wherein you gingerly skip from Plato, Aristotle, Hobbes, and Descartes over to Kant and Schopenhauer, (by way of Freud and Spencer) with Abe Lincoln added for good measure. Each individual in your pantheon, especially lately, Kant, has provided important guideposts along the way for my own growth. I particularly appreciated your Laughter piece because it helped me to smile and be more light-he… END_OF_DOCUMENT_TOKEN_TO_BE_REPLACED

The blog post “The Most Difficult Aspect of Business is People” is a very good read and I think most if not all business owners should read it. I completely agree with the author’s thoughts about empathy. I think that most individuals tend to categorize sensitivity and the ability to understand and share feelings with weakness, therefore this always leads to there being “that guy” in most businesses. I believe that businesses that show more empathy have greater chances of success as it improves… END_OF_DOCUMENT_TOKEN_TO_BE_REPLACED