“The human race has one really effective weapon, and that is laughter.” – Mark Twain

“In laughter, there is truth.” – James Joyce

My approach to the topics covered in these articles may seem to be a ‘dog’s breakfast’ or a little ‘off the wall’, but there is actually an explanation. I write about what resonates with my day-in-day-out activities managing Kirchner Group and my 50-year career committed to “earning and returning” (http://www.kirchnerpcg.com/w-b-bud-kirchner-interview/).

I highlight this catch-all context since it helps to ‘explain’ a most unlikely topic – laughter. 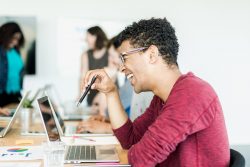 “Both in man and his primate relatives, laughter marks the boundary of seriousness.” – Alexander Kozintsev

Laughter is not unique to humans, but rather is a mechanism of other more “primitive” groups. There is no shortage of theories (thanks to the preponderance of psychologists and philosophers) on laughter and its cousin humor, which I will largely ignore out of consideration of time. For example:

Surely this suggests there may be more to this topic than first meets the eye?

“There is nothing in the world so irresistibly contagious as laughter and good humor.” – Charles Dickens

Let’s focus on the most ‘typical’ (as quoted from: The Elephant in the Brain: Hidden Motives in Everyday Life) theories, including references to the champions of each as reported in the same source:

“With the fearful strain that is on me night and day, if I did not laugh, I should die.” – Abraham Lincoln 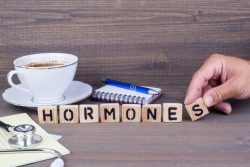 Are you left wondering how this can be so complicated? Let’s take a look at the staggering list of hormones involved (according to Gendry):

This is not a simple list, as the hormones mix and mingle and there are interactions that “exponentially” influence the laughter phenomenon.

“Great things are done by a series of small things brought together.” – Vincent Van Gogh

With all this ‘theory’ behind us, let’s focus on the nitty-gritty: what does laughter have to do with business?

There is no shortage of lists of how laughter can lead to successful business.  I have included three of these in the bibliography, but I will summarize it in a few categories that I feel are most relevant.

Let me start with a cautionary note – laughter is undeniably about context – no one wants to come across as the court jester. Clearly, you don’t want your next outburst of laughter to be a career limiting move.

As a starting point, I have mentioned the roles of laughter in a half dozen earlier articles, but if you only need one – I suggest Would you like to leave the kitchen or learn how to deal with the heat?

I would propose the overriding impact of laughter is on the context (environment) of – life and business.

For example, laughter can humanize a group – reducing ‘boundaries’ of many kinds. In other words, creating a more cordial context for people and in this way, decreasing us versus them and other barriers to team building. As an illustration, laughter can de-stress a situation – both proactively and reactively.

Personally – if I could rely on only one ‘technique’ to build an environment of rapport etc., it would be laughter since it has been shown to enhance:

In fact, I would suggest in certain (sensitive) situations laughter can be more effective than words.

Lest there be any doubt of the power of laughing as a non-verbal communication: infants laugh more when tickled by their mothers than by others.

One could, I expect, write a whole article if not a book (others have) on the value of laughter in terms of personal performance. I will limit my comments to the business context per these anecdotes:

If nothing else – hopefully the preceding illustrates one fundamental issue of these articles – business is about people.

Imagine a tool that is not predicated on the ability to impress or intimidate other people, but still has impacts such as:

Finally, in closing, I revisit why I would choose a topic such as this:

This article was done and, in the pipeline, to post when I started to read The Culture Code: The Secrets of Highly Successful Groups by Daniel Coyle. The reason for retrieving the article and creating this addendum is because as I read this book (which I highly recommend), it became clear to me that at least one aspect of the magic that is laughter is the phenomena of creating a “belonging”, which he describes as the essential precondition to cooperation and team performance. For those that will take the time to look at Coyle’s work, they will appreciate why this all makes sense in this fashion. Still one more vote for laughter.

The Business Brain Model  occupies a special niche, bringing together decades of experience across a very wide range of business and finance with an extraordinarily in-depth knowledge of the interface of neuroscience and psychology, including the latest developments in those fast-changing domains. This provides a singular insight into how these disciplines interact, and how recent developments in brain science can have a dramatic effect on business success. Bud’s writings should be required re… END_OF_DOCUMENT_TOKEN_TO_BE_REPLACED

Rarely does a truly inspirational business leader come along who has achieved phenomenal success by challenging traditional thinking and is committed to sharing what he has learned with others – to improve business and the world. All too often organizations operate in cultures where tradition is revered and powerful systems prevent innovation from occurring. Yet both business and education are at a tipping point; mainstream practices are simply not sustainable – it must change.  Successful leade… END_OF_DOCUMENT_TOKEN_TO_BE_REPLACED

In the “Business vs. Science: Are you losing this fight” blog, Bud’s main question is “if the information is available but is not being used, I put the question to you – why” and I believe this strongly relates as to why people are the most difficult aspect of business. I think being open to change is a huge obstacle that needs to be overcome by individuals in businesses today. I agree that change is scary and often requires a lot of preparation before it can be implemented, but the result could… END_OF_DOCUMENT_TOKEN_TO_BE_REPLACED

“Thank you! This article (How To Exercise Your Decision Making Muscle) helped me close a deal over weekend! We had been working with an investment bank to get investment done in a client’s company for a long, long time. I used many tactics from the article including ‘go / no go date, analysis paralysis explanation and using imagination to see opportunity in a new light – I even gave a copy of the article to the banker. It was extremely timely and helpful – I ought to give you some of the commiss… END_OF_DOCUMENT_TOKEN_TO_BE_REPLACED

I really enjoyed reading the post on the value of people in a business and the difficulty associated with managing different personalities and skills. I particularly enjoyed the discussion on empathy as one of the most special and important gifts of our brain. I believe that empathy is an aspect of the human condition that affects so many aspects of social relationships, and can completely dictate the way we feel about someone, how we receive and react to them, and in the context of a busines… END_OF_DOCUMENT_TOKEN_TO_BE_REPLACED

“I’ve enjoyed the erudition of your written work, especially your piece on “Laughter In The Workplace”; wherein you gingerly skip from Plato, Aristotle, Hobbes, and Descartes over to Kant and Schopenhauer, (by way of Freud and Spencer) with Abe Lincoln added for good measure. Each individual in your pantheon, especially lately, Kant, has provided important guideposts along the way for my own growth. I particularly appreciated your Laughter piece because it helped me to smile and be more light-he… END_OF_DOCUMENT_TOKEN_TO_BE_REPLACED

The blog post “The Most Difficult Aspect of Business is People” is a very good read and I think most if not all business owners should read it. I completely agree with the author’s thoughts about empathy. I think that most individuals tend to categorize sensitivity and the ability to understand and share feelings with weakness, therefore this always leads to there being “that guy” in most businesses. I believe that businesses that show more empathy have greater chances of success as it improves… END_OF_DOCUMENT_TOKEN_TO_BE_REPLACED