How Embodied is Your Cognition? What is Principle?

“The embodiment of mind leads us to a philosophy of embodied realism. Our concepts cannot be a direct reflection of external, objective, mind-independent reality because our sensorimotor system plays a crucial role in shaping them. On the other hand, it is the involvement of the sensorimotor system in the conceptual system that keeps the conceptual system very much in touch with the world.” ― George Lakoff, Philosophy in the Flesh: The Embodied Mind and its Challenge to Western Thought

I am willing to bet that the majority of business people feel that all their ideas originate in the brain and that the behavior of their colleagues does so as well.  Actually, this seems like a safe bet since the unofficial/unscientific survey I’ve conducted verifies this.

What if that was not the case?  How would we reflect on behavior and biases within ourselves and others? What could give rise to a more complex/complicated context in which we do our work?

As it turns out, we are operating under the influence of our brain in consort with our body which is reacting to its environment. To put it another way – bodily experiences are capable of influencing information processing, judgements, goals etc. – often without our awareness. Seem overly complicated? As a caveat – with this article I am (intentionally) simplifying a complicated (and in some circles controversial) topic. If you doubt this ask Plato, Descartes etc.

This article is in a sense – an extension of two previous articles (Augmented Cognitive Performance Part 1 & 2) since an understanding of the nature of cognition (at least the main principles) is important if not essential to performance and therefore embodied cognition is a concept that every businessperson needs to not only understand but exploit in all its contexts. This article also builds on a much earlier one Body & Brain: Part One – Did You Know You Have Two Brains?.

By way of full disclosure – I acknowledge definitive (cause/effect) evidence can be a challenge in this area and the concept that a problem might be resolved or behavior could be influenced etc. by more than the brain is clearly threatening to some! However, going back to my introduction to areas such as this How Did I Get Here from There?, I have an empirical based belief in the interconnectivity of environment/body/mind.

As always, let’s start with an introduction to the concept in real terms. Basically the premise centers on the relationship of bodily sensation and their influence on what we think/perceive and therefore our actions and emotions. This, also, extends to the interconnection of different brain areas.

Obviously this flies in the face of historic views that all the responsibility is with the brain.  In other words, the brain is not the only influencer on behavior including decision making etc.

Sticking with my approach of “just the stuff that matters” here are a few salient points from the world of neuroscience/psychology.

According to an article (The Scaffolded Mind: Higher mental processes are grounded in early experience of the physical world) from the European Journal of Psychology:

(Take note of the reference to “analogy” it will be important in a future article.)

One reason for why this might be: “This is because the corticospinal (motor) system develops first in humans, and other functions develop on top of its foundation.” (How reading makes us move – Lorena Anderson, UC Merced)

For the uninitiated this might be a strange concept so let’s go with an example – let’s look at some perspectives from the sense of touch.  Let’s start with a quote from Ackerman et al.

“Physical touch experiences may create an ontological scaffold for the development of intrapersonal and interpersonal conceptual and metaphorical knowledge, as well as a springboard for the application of this knowledge.”

(Once again, you will note here and below the linguistic tool of comparison (analogy/metaphor).)

So the theory is our childhood method of gathering information creates a “mental scaffold” upon which we establish a knowledge base in later years.

A few excerpts from the Ackerman et al work:

If you would like some circumstantial evidence of the mutual dependence of brain and body – look no further than the octopus.  Sokol who describe the octopus as “famously smart” reports: “Two-thirds of the roughly 500 million neurons in an octopus (nervous system) are found in its arms.” (Even if you can’t make the reasoning leap to humans – it is still a great cocktail party item.)

If you really want to get still deeper into the weeds read:

Further evidence of this phenomenon is evidenced by our linguistic description and how we interpret environmental stimuli.

There are no shortage of illustrations that our sensory input influences our perceptions and therefore actions and decisions: 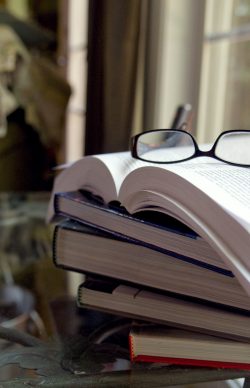 It is not hard to imagine how some of these could be translated into business context!

Having introduced the concept and illustrated it with a case study let’s put it in context the business world.

Details to follow but here are some general considerations that illustrate the relevance of embodied cognition to business people. Understanding opens a plethora of “tools” both proactive and interpretive.

I would be remiss if I did not comment on ‘priming’ which implies a non-conscious memory based on perceptions of words and object and is a well-known negotiating ‘aid’.

Hopefully, you will think of others as you read on and you can go back to an earlier article. (Are you Creating Environments Designed to Enhance Relationships?)

A theme (message) you will note in the article here centers on metaphors – a vehicle that we ‘naturally’ resort to – as an aid for understanding our world (and as we will discuss in a future article on energy – efficient mechanism to leverage the known and/or understood). For example the aforementioned “scaffolding” is accessed via metaphorical thinking.

The Business Brain Model  occupies a special niche, bringing together decades of experience across a very wide range of business and finance with an extraordinarily in-depth knowledge of the interface of neuroscience and psychology, including the latest developments in those fast-changing domains. This provides a singular insight into how these disciplines interact, and how recent developments in brain science can have a dramatic effect on business success. Bud’s writings should be required re… END_OF_DOCUMENT_TOKEN_TO_BE_REPLACED

Rarely does a truly inspirational business leader come along who has achieved phenomenal success by challenging traditional thinking and is committed to sharing what he has learned with others – to improve business and the world. All too often organizations operate in cultures where tradition is revered and powerful systems prevent innovation from occurring. Yet both business and education are at a tipping point; mainstream practices are simply not sustainable – it must change.  Successful leade… END_OF_DOCUMENT_TOKEN_TO_BE_REPLACED

In the “Business vs. Science: Are you losing this fight” blog, Bud’s main question is “if the information is available but is not being used, I put the question to you – why” and I believe this strongly relates as to why people are the most difficult aspect of business. I think being open to change is a huge obstacle that needs to be overcome by individuals in businesses today. I agree that change is scary and often requires a lot of preparation before it can be implemented, but the result could… END_OF_DOCUMENT_TOKEN_TO_BE_REPLACED

“Thank you! This article (How To Exercise Your Decision Making Muscle) helped me close a deal over weekend! We had been working with an investment bank to get investment done in a client’s company for a long, long time. I used many tactics from the article including ‘go / no go date, analysis paralysis explanation and using imagination to see opportunity in a new light – I even gave a copy of the article to the banker. It was extremely timely and helpful – I ought to give you some of the commiss… END_OF_DOCUMENT_TOKEN_TO_BE_REPLACED

I really enjoyed reading the post on the value of people in a business and the difficulty associated with managing different personalities and skills. I particularly enjoyed the discussion on empathy as one of the most special and important gifts of our brain. I believe that empathy is an aspect of the human condition that affects so many aspects of social relationships, and can completely dictate the way we feel about someone, how we receive and react to them, and in the context of a busines… END_OF_DOCUMENT_TOKEN_TO_BE_REPLACED

“I’ve enjoyed the erudition of your written work, especially your piece on “Laughter In The Workplace”; wherein you gingerly skip from Plato, Aristotle, Hobbes, and Descartes over to Kant and Schopenhauer, (by way of Freud and Spencer) with Abe Lincoln added for good measure. Each individual in your pantheon, especially lately, Kant, has provided important guideposts along the way for my own growth. I particularly appreciated your Laughter piece because it helped me to smile and be more light-he… END_OF_DOCUMENT_TOKEN_TO_BE_REPLACED

The blog post “The Most Difficult Aspect of Business is People” is a very good read and I think most if not all business owners should read it. I completely agree with the author’s thoughts about empathy. I think that most individuals tend to categorize sensitivity and the ability to understand and share feelings with weakness, therefore this always leads to there being “that guy” in most businesses. I believe that businesses that show more empathy have greater chances of success as it improves… END_OF_DOCUMENT_TOKEN_TO_BE_REPLACED