It’s Not Stress That Kills Us, It is Our Reaction to It

This article is the second in the series.  It is a follow-up to “I’ve lived through some terrible things in my life, some of which actually happened.” ― Mark Twain.

The obvious question arising as a result of these alarming results I reported on previously: What is a businessperson (any person) to do? The obvious (but impossible) solution is to avoid stress.  Alternatively – could a businessperson (or anyone) deal with it effectively?

“One of the symptoms of an approaching nervous breakdown is the belief that one’s work is terribly important.” – Bertrand Russell

Needless to say, the scientific and even more so the popular press spend a lot of time on stress. Let’s look at a couple iconoclastic initiatives that have surfaced:

First – in 2015 Kelly McGonigal (The Upside of Stress: Why Stress Is Good for You, and How to Get Good at It) published (and supported with a Ted Talk) the proposition that there was an upside to stress. 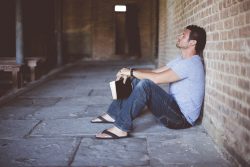 In a nutshell, McGonigal premise is that stress can only hurt you if you believe in it.

The latter’s criticism is summed up:

“Namely, once you “cognitively reframe” stress as a challenge or opportunity, you are no longer speaking about stress — you are in fact speaking about a different psychological construct: “challenge,” so naturally different responses —mental, physical, and behavioral occur.”

In summing up Weisinger’s criticism: I understand there to be no disputing an individual can deal with stress but in fact it is more of a matter of “cognitive appraisal”. Seems (to a layman) to be some hair splitting but I believe both sides should agree with Gandhi:

“There is more to life than increasing its speed.”

Moving ahead a couple years, Carol Dweck (Mindset: The New Psychology of Success) explained things from the perspective of your mindset.

Her premise is that of fixed vs. growth mindset – the following is a summary based on a review: (10 Big Ideas from Mindset: The New Psychology of Success) 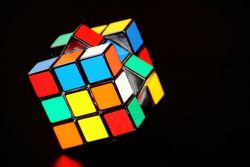 “Your mindset matters. It affects everything–from the business and investment decisions you make, to the way you raise your children, to your stress levels and overall well-being.” – Peter Diamandis

Again these ideas were not without critics.  Read for example (Is Mindset Theory Really In Trouble?).

As is so often the case with “pop psychology” controversy, it seems to have a lot to do with the oversimplification of ideas inherent in the popular press (and blogs like this).  Clearly, the mindset concepts have been relevant to recent trends such as ‘Grit’ (Passion: Part Two – How to get Intimate with Your Passion)

“If you treat every situation as a life and death matter, you’ll die a lot of times.” – Dean Smith

High on the list of support for Dweck’s thesis was Bill Gates who praised her solution based approach and reiterated her message: “They believe a person’s true potential is unknown (and unknowable); that it’s impossible to foresee what can be accomplished with years of passion, toil, and training.” (What You Believe Affects What You Achieve)

Gates also extracted a practical approach: “If you have the fixed mindset and believe you were blessed with raw talent, you tend to spend a lot of time trying to validate your “gift” rather than cultivating it.”

Beyond Gates, several of the reviewers (referenced in the bibliography) found value in the mindset approach. I have categorized them under a couple topics addressed repeatedly in the Business Brain Model.

As indicated, I have written several articles touching on neuroplasticity.  Amongst those, the one that is most relevant is TPN vs. DMN – Brain Structure and Mindfulness – particularly, since it is a bridge to the following section.

(What You Believe Affects What You Achieve) 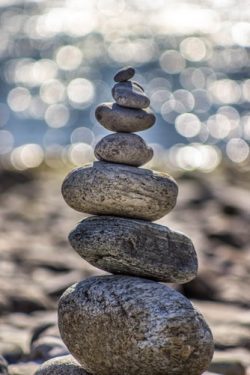 As indicated, I have written several articles touching on mindfulness and its impact on stress, mindsets etc. etc. In particular, I call your attention to Daniel Kahneman Meets Dalai Lama which was focused on mindfulness and thinking errors – the topic that started this two part series.

The impact of stress is ubiquitous and as described now there is further information it includes decision making.

Clearly, there is no magic bullet. It seems to me the most appropriate way to think about stress – especially in light of recent findings – is in the context of the Taoist concept of yin (dark) and yang (light).  I trust you will recognize this as even more fitting when you realize nothing in Taoism is “codified” which is to say nothing is completely yin or yang – each becomes the starting point for the other and so it is with elements of stress and its impact – sometimes positive, sometimes negative but all are interrelated in one’s life.

It’s not the events of our lives that shape us, but our beliefs as to what those events mean. – Tony Robbins

In the “Business vs. Science: Are you losing this fight” blog, Bud’s main question is “if the information is available but is not being used, I put the question to you – why” and I believe this strongly relates as to why people are the most difficult aspect of business. I think being open to change is a huge obstacle that needs to be overcome by individuals in businesses today. I agree that change is scary and often requires a lot of preparation before it can be implemented, but the result could… END_OF_DOCUMENT_TOKEN_TO_BE_REPLACED

Rarely does a truly inspirational business leader come along who has achieved phenomenal success by challenging traditional thinking and is committed to sharing what he has learned with others – to improve business and the world. All too often organizations operate in cultures where tradition is revered and powerful systems prevent innovation from occurring. Yet both business and education are at a tipping point; mainstream practices are simply not sustainable – it must change.  Successful leade… END_OF_DOCUMENT_TOKEN_TO_BE_REPLACED

“Thank you! This article (How To Exercise Your Decision Making Muscle) helped me close a deal over weekend! We had been working with an investment bank to get investment done in a client’s company for a long, long time. I used many tactics from the article including ‘go / no go date, analysis paralysis explanation and using imagination to see opportunity in a new light – I even gave a copy of the article to the banker. It was extremely timely and helpful – I ought to give you some of the commiss… END_OF_DOCUMENT_TOKEN_TO_BE_REPLACED

The Business Brain Model  occupies a special niche, bringing together decades of experience across a very wide range of business and finance with an extraordinarily in-depth knowledge of the interface of neuroscience and psychology, including the latest developments in those fast-changing domains. This provides a singular insight into how these disciplines interact, and how recent developments in brain science can have a dramatic effect on business success. Bud’s writings should be required re… END_OF_DOCUMENT_TOKEN_TO_BE_REPLACED

“I’ve enjoyed the erudition of your written work, especially your piece on “Laughter In The Workplace”; wherein you gingerly skip from Plato, Aristotle, Hobbes, and Descartes over to Kant and Schopenhauer, (by way of Freud and Spencer) with Abe Lincoln added for good measure. Each individual in your pantheon, especially lately, Kant, has provided important guideposts along the way for my own growth. I particularly appreciated your Laughter piece because it helped me to smile and be more light-he… END_OF_DOCUMENT_TOKEN_TO_BE_REPLACED

The blog post “The Most Difficult Aspect of Business is People” is a very good read and I think most if not all business owners should read it. I completely agree with the author’s thoughts about empathy. I think that most individuals tend to categorize sensitivity and the ability to understand and share feelings with weakness, therefore this always leads to there being “that guy” in most businesses. I believe that businesses that show more empathy have greater chances of success as it improves… END_OF_DOCUMENT_TOKEN_TO_BE_REPLACED

I really enjoyed reading the post on the value of people in a business and the difficulty associated with managing different personalities and skills. I particularly enjoyed the discussion on empathy as one of the most special and important gifts of our brain. I believe that empathy is an aspect of the human condition that affects so many aspects of social relationships, and can completely dictate the way we feel about someone, how we receive and react to them, and in the context of a busines… END_OF_DOCUMENT_TOKEN_TO_BE_REPLACED