“A cynic is a man who knows the price of everything but the value of nothing.” – Oscar Wilde

Lest there be any doubt about my ‘bias’ on this topic, let me share with you a quote (from a PBS interview) that has received a lot of attention since becoming “Interview of the Year.”

I was described as follows:

Further to the above disclosure, anyone who reads these articles regularly (if there is such a person) has undoubtedly come to realize, I (our group) have put a high priority on values and ethics in business, as witnessed by the following articles I have written:

In the context of the above, I have tried to pay tribute, in particular, to Makers and Takers: The Rise of Finance and the Fall of American Business by Rana Foroohar, which I believe is a classic when it comes to describing the dilemma.

Having disclosed all this, my goal is not to bash the “bad (read taker) guy”, but to reinforce the good (read maker) guys. In particular, I encourage readers to think about the situations where takers do so at the expense of the makers. 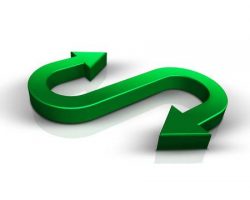 The stimulus for this current article is a new book – The Value of Everything: Making and Taking in the Global Economy by Mariana Mazzucato. Mazzucato is a Professor of the Economics of Innovation and Public Purpose at University College London. Simply put, her premise is that something has gone wrong with capitalism since extracting value is rewarded more highly than creating value.

My objective here is to focus on the latter part of the title (Making/Taking) in this article. Also, it is my intention to do a sequel to this article wherein I drill down on the related roles of government and private sectors in creating IP, as well as the subsequent commercialization. In other words, how do we establish/assign value? Again, this is an area where Kirchner Group is actively involved.

It is no coincidence that this book and several related articles I refer to herein coincide with the anniversary of the Lehman debacle. First, because it exposed so many of the flaws in the system, but also because many believe it will soon repeat itself.

I plan to look at this in the context of Mazzuacato’s thesis and related perspectives raised by other authors.

I have chosen four of these perspectives:

As always, this is not intended to be a full course meal but rather some food for thought (I do love metaphors) from a few perspectives.

While I don’t intend (typically) to provide a review of the book, but rather repeat a few of the salient points – starting with some historical context:

“Until the mid-19th century,” Mazzucato writes, “almost all economists assumed that in order to understand the prices of goods and services, it was first necessary to have an objective theory of value, a theory tied to the conditions in which those goods and services were produced, including the time needed to produce them and the quality of the labor employed; and the determinants of ‘value’ actually shaped the price of goods and services. Then, this thinking began to go in reverse. Many economists came to believe that the value of things was determined by the ‘market’—or in other words, what the buyer was prepared to pay. All of a sudden, value was in the eye of the beholder. Any goods and services being sold at an agreed market price were by definition value-creating.”

I further quote the book:

By way of counterbalance, a negative (but still seemingly objective) review comes from Philip Collins who has criticized the book thusly “this is a book longer on analysis and diagnosis than on solutions”.

“As recently as the 1970s”, the author maintains, “economists viewed financial institutions as merely transferring existing wealth rather than creating new wealth.”

Steven Pearlstein, a Pulitzer Prize-winning business and economics columnist for the Washington Post has reflected on how we got here:

“Thirty years ago, in the face of a serious economic challenge from Japan and Europe, the United States embraced a form of free-market capitalism that was less regulated, less equal, more prone to booms and busts. Driving that shift was a set of useful myths about motivation, fairness and economic growth that helped restore American competitiveness. Over time, however, the most radical versions of these ideas have polarized our politics, threatened our prosperity and undermined the moral legitimacy of our system.”

“A recent survey found that only 42 percent of millennials support capitalism.” (my emphasis)

He then goes on to identify the five “myths about capitalism” that got us into this situation:

What has happened in the interim? It seems not many lessons have been learned?

And a specific (some would say egregious) example from O’Reilly: “Pharma price determines value, it is perfectly legitimate for a drug company to charge whatever the market will bear. After all, proponents argue, the cost of a drug should not be based on what it took to produce it, but on what it is worth to someone suffering from the condition it alleviates.”

In the absence of some significant changes – the future seems to be more of the same.

From the original source I was struck to learn:

And even more flags raised by O’Reilly:

It has been speculated by many that since more-unequal economies tend to have over-sized and overcompensated financial sectors they are more prone to booms and busts. In other words, ‘predatory’ capitalism winning over ‘productive’ capitalism.

Perhaps a common-sense solution to this dilemma is to accent our activities or initiatives that contribute to making the world a better place and avoiding the temptation to exploit those that don’t.

Hopefully the solution is not us vs. them, but rather some form of synergism where value is calculated as a societal contribution and respective contributions are ‘back calculated’.

The Business Brain Model  occupies a special niche, bringing together decades of experience across a very wide range of business and finance with an extraordinarily in-depth knowledge of the interface of neuroscience and psychology, including the latest developments in those fast-changing domains. This provides a singular insight into how these disciplines interact, and how recent developments in brain science can have a dramatic effect on business success. Bud’s writings should be required re… END_OF_DOCUMENT_TOKEN_TO_BE_REPLACED

In the “Business vs. Science: Are you losing this fight” blog, Bud’s main question is “if the information is available but is not being used, I put the question to you – why” and I believe this strongly relates as to why people are the most difficult aspect of business. I think being open to change is a huge obstacle that needs to be overcome by individuals in businesses today. I agree that change is scary and often requires a lot of preparation before it can be implemented, but the result could… END_OF_DOCUMENT_TOKEN_TO_BE_REPLACED

The blog post “The Most Difficult Aspect of Business is People” is a very good read and I think most if not all business owners should read it. I completely agree with the author’s thoughts about empathy. I think that most individuals tend to categorize sensitivity and the ability to understand and share feelings with weakness, therefore this always leads to there being “that guy” in most businesses. I believe that businesses that show more empathy have greater chances of success as it improves… END_OF_DOCUMENT_TOKEN_TO_BE_REPLACED

Rarely does a truly inspirational business leader come along who has achieved phenomenal success by challenging traditional thinking and is committed to sharing what he has learned with others – to improve business and the world. All too often organizations operate in cultures where tradition is revered and powerful systems prevent innovation from occurring. Yet both business and education are at a tipping point; mainstream practices are simply not sustainable – it must change.  Successful leade… END_OF_DOCUMENT_TOKEN_TO_BE_REPLACED

“I’ve enjoyed the erudition of your written work, especially your piece on “Laughter In The Workplace”; wherein you gingerly skip from Plato, Aristotle, Hobbes, and Descartes over to Kant and Schopenhauer, (by way of Freud and Spencer) with Abe Lincoln added for good measure. Each individual in your pantheon, especially lately, Kant, has provided important guideposts along the way for my own growth. I particularly appreciated your Laughter piece because it helped me to smile and be more light-he… END_OF_DOCUMENT_TOKEN_TO_BE_REPLACED

I really enjoyed reading the post on the value of people in a business and the difficulty associated with managing different personalities and skills. I particularly enjoyed the discussion on empathy as one of the most special and important gifts of our brain. I believe that empathy is an aspect of the human condition that affects so many aspects of social relationships, and can completely dictate the way we feel about someone, how we receive and react to them, and in the context of a busines… END_OF_DOCUMENT_TOKEN_TO_BE_REPLACED

“Thank you! This article (How To Exercise Your Decision Making Muscle) helped me close a deal over weekend! We had been working with an investment bank to get investment done in a client’s company for a long, long time. I used many tactics from the article including ‘go / no go date, analysis paralysis explanation and using imagination to see opportunity in a new light – I even gave a copy of the article to the banker. It was extremely timely and helpful – I ought to give you some of the commiss… END_OF_DOCUMENT_TOKEN_TO_BE_REPLACED