Something to Chew On?! 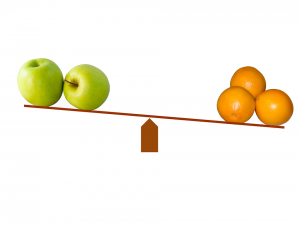 Obviously, something being used so often is important – likely in more than one way and it seems for quite some while: The word originates from the Greek word metaphorá, meaning to transfer, to carry over.

So we are all on the same page – let’s start with an official/favorite definition of literary terms from Literary Devices.

They even dumb it down!

“In simple English, when you portray a person, place, thing, or an action as being something else, even though it is not actually that “something else,” you are speaking metaphorically.

Finally, in an effort to create an operational definition – a metaphor is an ideal vehicle to create an impression with minimum words. The context for this article is two of the implications/applications – focused as always on the world of business.

This article is in a sense a bridge (already another metaphor!) between an earlier article on cognition (Augmented Cognitive Performance) and as a prelude to a soon to appear article on creativity so this will be a follow-up to the first and an introduction to the latter – truly a (metaphorical) bridge.

In other words using an earlier article on cognition and a soon to appear article on creativity – we have a context for two of the main uses of metaphors.

Let me start with some illustrations to make my point. Given the opening quote stats there are lots to choose from but I am focused on those reflecting embodied cognition. (How Embodied Is Your Cognition?)

None less than Aristotle himself recognized the importance of metaphors. 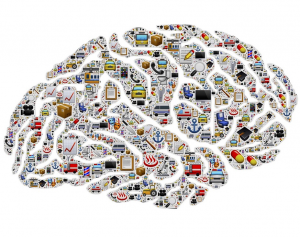 Aristotle considered (“ascetics”) metaphor a sign of genius, believing that the individual who had the capacity to perceive resemblances between two separate areas of existence and link them together was a person of special gifts.” and then he added “For to make good metaphors implies an eye for resemblance.” (How To Use Metaphors to Inspire Creative Thinking – Andy Eklund)

We have touched in detail (How Embodied Is Your Cognition?) on metaphors in this context but here are some examples as a reminder.

The above are excerpts from A Brief Guide to Embodied Cognition: Why You Are Not Your Brain – Samuel McNerney.

With all the above in mind (body), how can a business person use metaphors to influence thinking in others to enhance self-emotions. Perhaps in a business context it is best thought of as a (the?) form of symbolic reasoning representing an illustration of link between mind and body.

With true metaphorical elegance Katy Waldman describes the process. “Metaphor is that which ferries our attention between the knowable enclave of things and the veiled world of the intellect.”

By encouraging us to look at things (especially familiar things) in a slightly different manner metaphors help avoid the pitfall described by Einstein.

Not to get bogged down in science (This is after all the Business Brain Model) – I find these people fascinating.

The scientist Friedrich August Kekulé discovered the seemingly impossible chemical structure of benzene (C6H6) when he had a dream of a group of snakes swallowing their tails. (Wikipedia)

James Watson, co-discoverer of the structure of DNA, reported stumbling upon the double helix image for the DNA chain through his dream of a spiral staircase. (Wikipedia)

Andy EkLund (How To Use Metaphors to Inspire Creative Thinking) does a nice job of summarizing how metaphors help creative thinking.

Picking up on the previous article on embodied cognition – I point to you Five Embodied Metaphors That Actually Foster Creative Thinking.

Creativity and embodied cognition – via metaphors

“A person can become more creative simply by changing their posture, establishing a link between creativity and what psychologists refer to as “embodied cognition.” Here’s how you can put their findings to use” – as illustrated by metaphors. (Five Embodied Metaphors That Actually Foster Creative Thinking – Jeremy Dean) This article summarized (from Embodied Metaphors and Creative “Acts” – Leung et al) how metaphors can capture the link between creativity and embodied cognition. I have chosen these examples given their business orientation. Generally speaking the following words are those of Dean.

You can’t help but note how deeply metaphors for creativity are embedded in our consciousness.

On one hand…on the other hand

Put two and two together

I hope I have illustrated (if not documented) how metaphors can help us interpret deep (embodied) cognitive thoughts to make sense of things that are unfamiliar and in doing so:

“Thank you! This article (How To Exercise Your Decision Making Muscle) helped me close a deal over weekend! We had been working with an investment bank to get investment done in a client’s company for a long, long time. I used many tactics from the article including ‘go / no go date, analysis paralysis explanation and using imagination to see opportunity in a new light – I even gave a copy of the article to the banker. It was extremely timely and helpful – I ought to give you some of the commiss… END_OF_DOCUMENT_TOKEN_TO_BE_REPLACED

In the “Business vs. Science: Are you losing this fight” blog, Bud’s main question is “if the information is available but is not being used, I put the question to you – why” and I believe this strongly relates as to why people are the most difficult aspect of business. I think being open to change is a huge obstacle that needs to be overcome by individuals in businesses today. I agree that change is scary and often requires a lot of preparation before it can be implemented, but the result could… END_OF_DOCUMENT_TOKEN_TO_BE_REPLACED

I really enjoyed reading the post on the value of people in a business and the difficulty associated with managing different personalities and skills. I particularly enjoyed the discussion on empathy as one of the most special and important gifts of our brain. I believe that empathy is an aspect of the human condition that affects so many aspects of social relationships, and can completely dictate the way we feel about someone, how we receive and react to them, and in the context of a busines… END_OF_DOCUMENT_TOKEN_TO_BE_REPLACED

The Business Brain Model  occupies a special niche, bringing together decades of experience across a very wide range of business and finance with an extraordinarily in-depth knowledge of the interface of neuroscience and psychology, including the latest developments in those fast-changing domains. This provides a singular insight into how these disciplines interact, and how recent developments in brain science can have a dramatic effect on business success. Bud’s writings should be required re… END_OF_DOCUMENT_TOKEN_TO_BE_REPLACED

“I’ve enjoyed the erudition of your written work, especially your piece on “Laughter In The Workplace”; wherein you gingerly skip from Plato, Aristotle, Hobbes, and Descartes over to Kant and Schopenhauer, (by way of Freud and Spencer) with Abe Lincoln added for good measure. Each individual in your pantheon, especially lately, Kant, has provided important guideposts along the way for my own growth. I particularly appreciated your Laughter piece because it helped me to smile and be more light-he… END_OF_DOCUMENT_TOKEN_TO_BE_REPLACED

Rarely does a truly inspirational business leader come along who has achieved phenomenal success by challenging traditional thinking and is committed to sharing what he has learned with others – to improve business and the world. All too often organizations operate in cultures where tradition is revered and powerful systems prevent innovation from occurring. Yet both business and education are at a tipping point; mainstream practices are simply not sustainable – it must change.  Successful leade… END_OF_DOCUMENT_TOKEN_TO_BE_REPLACED

The blog post “The Most Difficult Aspect of Business is People” is a very good read and I think most if not all business owners should read it. I completely agree with the author’s thoughts about empathy. I think that most individuals tend to categorize sensitivity and the ability to understand and share feelings with weakness, therefore this always leads to there being “that guy” in most businesses. I believe that businesses that show more empathy have greater chances of success as it improves… END_OF_DOCUMENT_TOKEN_TO_BE_REPLACED