There Is A Special Place in Hell For ‘Takers’: A Depressing Holiday Experience

I want to start this article with a disclosure on a particular ‘bias’.

Kirchner Group was founded 35-years ago on what was previously an ‘unusual commitment’ to the philosophy of a value-based business, including what we call ‘earning and returning’. This approach has been documented in previous articles and during a PBS interview, which was chosen as ‘Interview of the Year’.

To put it another way, our entire team has committed our careers to creating real value – not using our talents to create the perception of value or short-term versions of value.

To sum up my disclosure, I am a firm believer in creating value the old-fashioned way (heavy lifting/long term view). In my opinion, while ‘financial engineering’ can be a tool, it is a dangerous one and one that is used far too often.

With this background (disclosure) in place, I continue with the story of how the Grinch stole my Christmas.

The Conversation from Hell

For sure a trip to the mall is not a typical (arguably much more than atypical) event for me. However, out of the country visitors/holiday season – all conspired against me.

The story continues as follows:

Soon after I sat down on a public bench, I was joined by a gentleman described as, while past his prime, still vigorous and (as the story unfolds) passionate. 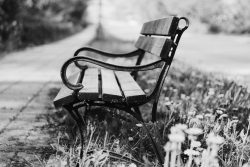 As he sat down, we were both facing a Sears (yes, the one that was once the world’s largest retailer and has been in existence for over 100 years) store with an enormous ‘store closing’ sign. After a few expletives about the events leading up to this closing, he shared with me that he had been a 30-year employee. He then fleshed out the story by telling me there was really no other jobs for someone in his situation. He had been paid minimum wage, so for all practical purposes, had no savings etc. etc. He then wrapped up by telling me he was not alone. In fact, he had several friends in the same situation, amazingly not all ‘because’ of Sears, but also Toys R Us and Payless.

One could not help but be struck by the tragedy of such a story in the midst of a season of celebration. My mind also went from him to several of his friends to thousands of individuals in the same quandary.

As he told the story, I was struck by how he had a clear understanding (apparently, he and his friends in similar circumstances had compared notes) of some basic facts – in particular (1) this did not have to be, (2) virtually no one in the ‘system’ cared that he had been a victim, (3) they had done their best to create value, not just ‘do a job’ and (4) those with much less ‘need’ were doing just fine.

After having read (and written) many articles on this theme, I was struck by how impactful it was to hear a very personalized description.

I also thought about a piece that recently appeared in the Guardian (#4):

Patrick said: “I am a mother who has four biological children and one stepson, and my income is all we have. When you take away our only income, you leave us with nothing – and we don’t deserve nothing. Mentally and physically it drags on you. It’s like saying you’re not good enough. And we’re all good enough.”

As I listened to this gentleman’s story, I couldn’t help but think of the book Makers and Takers: “The Rise of Finance and the Fall of American Business” by Rana Foroohar, which I feature in an earlier article (Our Wiring Isn’t Getting Any Better?!?!) as well as the book The Value of Everything: Making and Taking in the Global Economy by Mariana Mazzucato, which was the focus of a subsequent article (Makers & Takers: Why Can’t We Get This Right).

“Waste no more time arguing about what a good man should be. Be one.” – Marcus Aurelius

There are a couple of Sears specific (but not unique) egregious aspects, which according to the Guardian (#4) include:

This all falls into the context of my earlier reference, so I repeat my quotes from Rana Foroohar (#1):

As I close my eyes and reflect on the forlorn look on my bench mate’s face – I similarly reflect on a headline I just read in Newsweek:

Many (most) of the readers of these articles influence businesses, which means by definition they control lives so these are important issues to have an opinion on so I leave you with this thought:

“Income equality and the pace of technology change are leading to a populist backlash featuring opposition to science, distrust of our governing institutes, and fear of the future, making it ever more difficult to solve the problems we have created.” (What’s the Future and Why It’s up To Us – Tim O’Reilly)

Out of some sense of ‘journalistic integrity’, I have added this ‘late breaking news’. With only hours left on the clock, the chairman made a bid for the company. This is, of course, the controlling shareholder and chairman through all the issues described above. It remains to be seen if the bid will be accepted, but even if it is, I believe it is safe to assume it will do nothing for many people such as my bench mate. Perhaps, a Band-Aid on a sucking chest wound that didn’t need to happen?

Featured Values
We Aren’t Quite Tardigrades, But We Are More Resilient Than We Think

“I’ve enjoyed the erudition of your written work, especially your piece on “Laughter In The Workplace”; wherein you gingerly skip from Plato, Aristotle, Hobbes, and Descartes over to Kant and Schopenhauer, (by way of Freud and Spencer) with Abe Lincoln added for good measure. Each individual in your pantheon, especially lately, Kant, has provided important guideposts along the way for my own growth. I particularly appreciated your Laughter piece because it helped me to smile and be more light-he… END_OF_DOCUMENT_TOKEN_TO_BE_REPLACED

I really enjoyed reading the post on the value of people in a business and the difficulty associated with managing different personalities and skills. I particularly enjoyed the discussion on empathy as one of the most special and important gifts of our brain. I believe that empathy is an aspect of the human condition that affects so many aspects of social relationships, and can completely dictate the way we feel about someone, how we receive and react to them, and in the context of a busines… END_OF_DOCUMENT_TOKEN_TO_BE_REPLACED

Rarely does a truly inspirational business leader come along who has achieved phenomenal success by challenging traditional thinking and is committed to sharing what he has learned with others – to improve business and the world. All too often organizations operate in cultures where tradition is revered and powerful systems prevent innovation from occurring. Yet both business and education are at a tipping point; mainstream practices are simply not sustainable – it must change.  Successful leade… END_OF_DOCUMENT_TOKEN_TO_BE_REPLACED

“Thank you! This article (How To Exercise Your Decision Making Muscle) helped me close a deal over weekend! We had been working with an investment bank to get investment done in a client’s company for a long, long time. I used many tactics from the article including ‘go / no go date, analysis paralysis explanation and using imagination to see opportunity in a new light – I even gave a copy of the article to the banker. It was extremely timely and helpful – I ought to give you some of the commiss… END_OF_DOCUMENT_TOKEN_TO_BE_REPLACED

The Business Brain Model  occupies a special niche, bringing together decades of experience across a very wide range of business and finance with an extraordinarily in-depth knowledge of the interface of neuroscience and psychology, including the latest developments in those fast-changing domains. This provides a singular insight into how these disciplines interact, and how recent developments in brain science can have a dramatic effect on business success. Bud’s writings should be required re… END_OF_DOCUMENT_TOKEN_TO_BE_REPLACED

In the “Business vs. Science: Are you losing this fight” blog, Bud’s main question is “if the information is available but is not being used, I put the question to you – why” and I believe this strongly relates as to why people are the most difficult aspect of business. I think being open to change is a huge obstacle that needs to be overcome by individuals in businesses today. I agree that change is scary and often requires a lot of preparation before it can be implemented, but the result could… END_OF_DOCUMENT_TOKEN_TO_BE_REPLACED

The blog post “The Most Difficult Aspect of Business is People” is a very good read and I think most if not all business owners should read it. I completely agree with the author’s thoughts about empathy. I think that most individuals tend to categorize sensitivity and the ability to understand and share feelings with weakness, therefore this always leads to there being “that guy” in most businesses. I believe that businesses that show more empathy have greater chances of success as it improves… END_OF_DOCUMENT_TOKEN_TO_BE_REPLACED