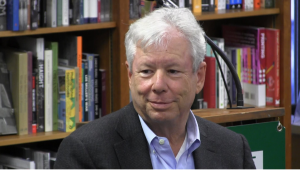 As readers of (even just) the popular press will be aware – the topic of behavioral economics recently received still more profile.  Specifically, I am referring to the award (October 9, 2017) of the Nobel Prize for Economics to Richard Thaler.  Worthy of note Thaler is an economist – in contrast with David Kahneman who won the Nobel Prize in Economic Sciences (2002) and is a psychologist. The latter I have referenced many times such as Freaking out about the guy the “Freakonomics” guy freaks out about and in several other articles referenced in the bibliography.

(Before I go further, I must acknowledge Thaler is arguably best known outside academia for his cameo role in “The Big Short”.)

(You will find a thought provoking insight into the Nobel Prize process at large and Thaler’s selection at Science Advances One Funeral at a Time. The Latest Nobel Proves It.)

Thaler has observed that behavioral economics goes back to Adam Smith (1776) and “The Wealth of Nations,” which dealt with behavioral issues including the need to control impulses and the dangers of emotions. 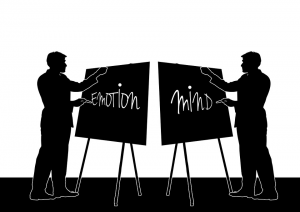 Mainstream economics was subsequently built on a “universally” accepted principle that people behave rationally. Many Economists understood that this was not literally true but they accepted that it was close enough and proceeded to build mathematical models that would predict the future.

Ignoring as they did that behavior is often irrational – however, fortunately this seems to be in predictable ways.

Clearly, the ongoing contributions (validation) in this area are of paramount importance to the Business Brain Model – and my target audience of business people who recognize contributions from the world of neuroscience and psychology.

Perhaps, the best way to introduce Thaler’s work is with the generalization that human behavior is universally related to economic consequences or as put by the Nobel Prize Foundation:  “In total, Richard Thaler’s contributions have built a bridge between the economic and psychological analyses of individual decision-making.”

In amongst Thaler’s many salient observations:

The above is nicely summed up further in a note from his citation: “The Academy said his research had harnessed psychologically realistic assumptions in analyses of economic decision-making, exploring the consequences of limited rationality, social preferences, and lack of self-control.” American Richard Thaler Wins Nobel Economics Prize (Reuters)

“Economists understood that individuals didn’t always behave according to those rules, but the idea was that, in aggregate, the rules would allow for a pretty good approximation of reality.”  The Economist (R.A.)

Here is a brief (selected) list of places where Thaler’s work would be directly relevant to the readers of the Business Brain Model and clearly illustrates this is not all academic in its context!

Incidentally, “nudges” are designed to capitalize on non-rationale (but predictable) behavior.

For the non-economist/non-psychologist amongst our readers – Thaler’s ideas are in the popular press as follows:

And for the others wanting more meat on the bones:

Perhaps, the best way to tie all this up in a bow is to end with the quote of Richard Thaler on how he will spend his more than a million dollar prize:

In the “Business vs. Science: Are you losing this fight” blog, Bud’s main question is “if the information is available but is not being used, I put the question to you – why” and I believe this strongly relates as to why people are the most difficult aspect of business. I think being open to change is a huge obstacle that needs to be overcome by individuals in businesses today. I agree that change is scary and often requires a lot of preparation before it can be implemented, but the result could… END_OF_DOCUMENT_TOKEN_TO_BE_REPLACED

Rarely does a truly inspirational business leader come along who has achieved phenomenal success by challenging traditional thinking and is committed to sharing what he has learned with others – to improve business and the world. All too often organizations operate in cultures where tradition is revered and powerful systems prevent innovation from occurring. Yet both business and education are at a tipping point; mainstream practices are simply not sustainable – it must change.  Successful leade… END_OF_DOCUMENT_TOKEN_TO_BE_REPLACED

“Thank you! This article (How To Exercise Your Decision Making Muscle) helped me close a deal over weekend! We had been working with an investment bank to get investment done in a client’s company for a long, long time. I used many tactics from the article including ‘go / no go date, analysis paralysis explanation and using imagination to see opportunity in a new light – I even gave a copy of the article to the banker. It was extremely timely and helpful – I ought to give you some of the commiss… END_OF_DOCUMENT_TOKEN_TO_BE_REPLACED

The Business Brain Model  occupies a special niche, bringing together decades of experience across a very wide range of business and finance with an extraordinarily in-depth knowledge of the interface of neuroscience and psychology, including the latest developments in those fast-changing domains. This provides a singular insight into how these disciplines interact, and how recent developments in brain science can have a dramatic effect on business success. Bud’s writings should be required re… END_OF_DOCUMENT_TOKEN_TO_BE_REPLACED

“I’ve enjoyed the erudition of your written work, especially your piece on “Laughter In The Workplace”; wherein you gingerly skip from Plato, Aristotle, Hobbes, and Descartes over to Kant and Schopenhauer, (by way of Freud and Spencer) with Abe Lincoln added for good measure. Each individual in your pantheon, especially lately, Kant, has provided important guideposts along the way for my own growth. I particularly appreciated your Laughter piece because it helped me to smile and be more light-he… END_OF_DOCUMENT_TOKEN_TO_BE_REPLACED

The blog post “The Most Difficult Aspect of Business is People” is a very good read and I think most if not all business owners should read it. I completely agree with the author’s thoughts about empathy. I think that most individuals tend to categorize sensitivity and the ability to understand and share feelings with weakness, therefore this always leads to there being “that guy” in most businesses. I believe that businesses that show more empathy have greater chances of success as it improves… END_OF_DOCUMENT_TOKEN_TO_BE_REPLACED

I really enjoyed reading the post on the value of people in a business and the difficulty associated with managing different personalities and skills. I particularly enjoyed the discussion on empathy as one of the most special and important gifts of our brain. I believe that empathy is an aspect of the human condition that affects so many aspects of social relationships, and can completely dictate the way we feel about someone, how we receive and react to them, and in the context of a busines… END_OF_DOCUMENT_TOKEN_TO_BE_REPLACED