Two Steps Forward – One Step Back

I have been tracking the see-saw around good/bad behavior in business for about five decades not because I am surprised at the presence of bad actors – the temptations are obvious and (apparently for some business people) irresistible but because I was troubled by (growing) incidents I observed and the consequences.

About two years ago when I started this series of articles on neuroscience and psychology dovetailed into business context (Business Brain Model) I decided to also use this platform to also express my view on this topic. 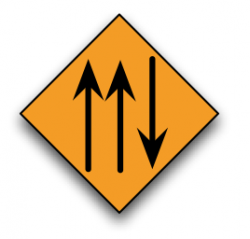 As an aside, my audience falls (largely) into two camps: individuals in business (wanting to add Business Brain Model topics in the context of best business practice) and at the other pole – business students who were looking for context for their career.  Feedback from the former (presumably they have cast their ‘moral’ lot) is meager (on this topic) but I am thrilled to see student responses such as:

“To educate a person in the mind but not in morals is to educate a menace to society.” ~ Theodore Roosevelt

So, with this background – I will first do a quick review of what I have addressed to date:

Is There Something Wrong with Our Wiring?

Ann Tenbrunsel and Jordan Thomas reported when we were less than a decade removed from the Global Financial Crisis with the collapse of large financial institutions and the bailout of banks. 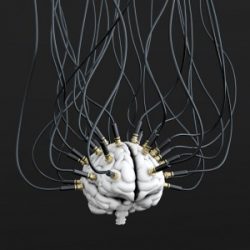 Positioning Between the Poles: Is right really right and wrong really wrong?

The salient points of Dan Ariely’s research around the moral code – are illustrated by cheating.

To sum up my personal disclosure – I am firm believer in creating value the old fashioned way (heavy lifting/long term view) – in my opinion while ‘financial engineering’ can be a tool – it is a dangerous one and one that is used far too often.

Our Wiring Isn’t Getting Any Better?!?!

What Rana Foroohar found is disturbing:

While the above illustrate the salient points.  I have in respective articles not only made editorial comments but also offered up homemade (i.e. what we do at Kirchner Group) solutions.

So with all this behind us – it seemed like a good time to see what progress we are making.

“Waste no more time arguing about what a good man should be. Be one.” ~ Marcus Aurelius

First – to jump in at what I personally consider being one of the best “steps forward” I have come across is Makers and Takers – The Rise of Finance and the Fall of American Business by Rana Foroohar.

I believe one of the big contributions here is the author’s reality checks:

As I said then and I repeat now it is hard for me to imagine anyone reading these wake-up calls and not realizing the implications (personally, professionally and socially) of ‘bad’ behavior.

To put it in a more everyday context – the first step in addressing a problem is recognizing you have one.

My next step forward is a very recent (July 2017) report in which one of its authors is a prominent member of the University of Chicago faculty and the other is a Nobel Prize winner from Harvard University.

I call your attention to the Chicago Booth (Stigler Center) report including a mathematical backbone that carries the title “Companies Should Maximize Shareholder Welfare Not Market Value”.

If only they had gone one step further and talked about stakeholders not just shareholders!

The jumping off point is the work of the famous Milton Friedman who argued we should separate money-making activities from ethical activities.

It is at best an academic (legal) endorsement of what I believe most people who are not terminally greedy would take as “common sense”.

As an illustration of their points:

And finally, in true academic speak they conclude:

A quick bit of context: 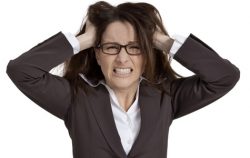 In addition to the above – the following despicable quotes have been attributed to this guy:

Of course, he conceded that he put the drug company he ran at risk with his approach.

Should we really be flaunting the fact that a business we devote a significant portion of our life to – should not be doing anything (everything!) that would make us proud?

“Never let your sense of morals get in the way of doing what’s right.” – Isaac Asimov

Lest I end this article on such a downbeat – here is the silver lining:

Shkreli was convicted of (unrelated to the above) securities fraud. To point out the obvious adage leopards don’t change their spots!

So – on the back of steps forward documented here there are still steps back.

While two steps forward and one step back is an interesting ‘philosophy’ to live by – I would suggest when it comes to values this is unacceptable.  We need to advance every time.

The Business Brain Model  occupies a special niche, bringing together decades of experience across a very wide range of business and finance with an extraordinarily in-depth knowledge of the interface of neuroscience and psychology, including the latest developments in those fast-changing domains. This provides a singular insight into how these disciplines interact, and how recent developments in brain science can have a dramatic effect on business success. Bud’s writings should be required re… END_OF_DOCUMENT_TOKEN_TO_BE_REPLACED

In the “Business vs. Science: Are you losing this fight” blog, Bud’s main question is “if the information is available but is not being used, I put the question to you – why” and I believe this strongly relates as to why people are the most difficult aspect of business. I think being open to change is a huge obstacle that needs to be overcome by individuals in businesses today. I agree that change is scary and often requires a lot of preparation before it can be implemented, but the result could… END_OF_DOCUMENT_TOKEN_TO_BE_REPLACED

The blog post “The Most Difficult Aspect of Business is People” is a very good read and I think most if not all business owners should read it. I completely agree with the author’s thoughts about empathy. I think that most individuals tend to categorize sensitivity and the ability to understand and share feelings with weakness, therefore this always leads to there being “that guy” in most businesses. I believe that businesses that show more empathy have greater chances of success as it improves… END_OF_DOCUMENT_TOKEN_TO_BE_REPLACED

Rarely does a truly inspirational business leader come along who has achieved phenomenal success by challenging traditional thinking and is committed to sharing what he has learned with others – to improve business and the world. All too often organizations operate in cultures where tradition is revered and powerful systems prevent innovation from occurring. Yet both business and education are at a tipping point; mainstream practices are simply not sustainable – it must change.  Successful leade… END_OF_DOCUMENT_TOKEN_TO_BE_REPLACED

“I’ve enjoyed the erudition of your written work, especially your piece on “Laughter In The Workplace”; wherein you gingerly skip from Plato, Aristotle, Hobbes, and Descartes over to Kant and Schopenhauer, (by way of Freud and Spencer) with Abe Lincoln added for good measure. Each individual in your pantheon, especially lately, Kant, has provided important guideposts along the way for my own growth. I particularly appreciated your Laughter piece because it helped me to smile and be more light-he… END_OF_DOCUMENT_TOKEN_TO_BE_REPLACED

I really enjoyed reading the post on the value of people in a business and the difficulty associated with managing different personalities and skills. I particularly enjoyed the discussion on empathy as one of the most special and important gifts of our brain. I believe that empathy is an aspect of the human condition that affects so many aspects of social relationships, and can completely dictate the way we feel about someone, how we receive and react to them, and in the context of a busines… END_OF_DOCUMENT_TOKEN_TO_BE_REPLACED

“Thank you! This article (How To Exercise Your Decision Making Muscle) helped me close a deal over weekend! We had been working with an investment bank to get investment done in a client’s company for a long, long time. I used many tactics from the article including ‘go / no go date, analysis paralysis explanation and using imagination to see opportunity in a new light – I even gave a copy of the article to the banker. It was extremely timely and helpful – I ought to give you some of the commiss… END_OF_DOCUMENT_TOKEN_TO_BE_REPLACED