“Takers” – A Result of the Imp of the Perverse? Part 1: A Preposterous Explanation for Disastrous Decisions

“There is no passion in nature so demoniacally impatient, as that of him who, shuddering upon the edge of a precipice, thus meditates a Plunge.” ― Edgar Allan Poe, The Imp of The Perverse

I start with a verbatim disclaimer I have used previously with articles on this theme:

Kirchner Group was founded 35-years ago on what was back then an unusual commitment to the philosophy of a values-based business, including what we termed ‘earning and returning’. This approach has been documented in previous articles and during a PBS interview which was chosen as ‘Interview of the Year’.

To put it another way, our entire team has devoted our careers to creating real value – not using our talents to create the perception of value or short-term versions of value.

I am firm believer in creating value the old-fashioned way (heavy lifting/long term view etc.) In my opinion, while ‘financial engineering’ can be a tool, it is a dangerous one and one that is used far too often. As described by the PBS Interviewer:

In this blog post I will put forth the preposterous explanation, while part two will describe still more explanations for the dichotomy that is making and taking, as introduced initially in the work of Rana Foroohar.

“To-day I wear these chains, and am HERE. To-morrow I shall be fetterless!–BUT WHERE?” ― Edgar Allan Poe, The Imp of The Perverse 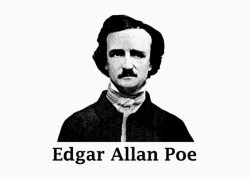 The concept of ‘takers’ is so foreign to me that I find myself struggling to understand how they have come to be and in midst of this query, I find myself thinking about an Edgar Allan Poe story “The Imp of the Perverse”.

Poe’s “The Imp of the Perverse,” is an essay about inappropriate impulses. “The impulse increases to a wish, the wish to a desire, the desire to an uncontrollable longing.” (Carey) 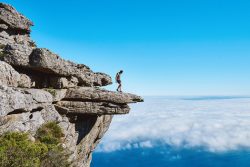 The perversion here reflects a thought or action that goes against our natural instinct for survival and self-preservation. It is the act of self-sabotage that is equivalent to jumping off a cliff or letting go of the wheel while driving. Poe himself defined it as the defiance of all consequences or doing wrong for wrongs sake. He described the perverse as “a shadow that flits across the brain”.

Carey has pointed out that this topic occurs in several places in the world of literature. The exploration of perverse urges has a rich history from Poe to the Marquis de Sade to Freud’s repressed desires and Darwin’s observation that many actions are performed “in direct opposition to our conscious will.” (Carey) Is this part of human behavior?

“Experiencing unpleasant intrusive thoughts is a common, and unthreatening, phenomenon, but how we deal with it can be dangerous. While scary to dwell on, such thoughts are actually quite common. Research shows that up to 90 percent of people without a diagnosed mental illness experience what psychologists have labeled “intrusive thoughts.” (Ikem)

In short, what I am suggesting is a literary perspective on a business behavior.

Does Being a Taker Qualify?

“There lives no man who at some period has not been tormented, for example, by an earnest desire to tantalize a listener by circumlocution.” ― Edgar Allan Poe, The Imp of The Perverse

What evidence exists to illustrate that the decision to be a “taker” is indeed perverse? If we accept the proposition that empathy is a fundamental human characteristic (Einfühlung) then is not a decision to “exploit or disadvantage others” clearly an imp of the perverse?

How absurd is the construct that I am building here? Well, while I would agree succumbing to the typical example of an imp, temptation to jump off a cliff is truly not in one’s best interest. I would propose that exploiting people, resources etc. is equally self-destructive or at the least wrong minded. While I admit one has repercussions directly to an individual, the other has consequences to the world around. It is, of course, a world for which we are all responsible.

I end this section with what I would describe as an operational definition from Carey: “The visions seem to swirl up from the brain’s sewage system.” Could this explain the smell that is ‘taking’?

In other words, the leap of logic that I am proposing here is that while the imp of the perverse is easily grasped in the context of the direct impact on yourself, similarly, the perversity can be extended to the impact on the world around you.

How Perverse is This?

“They who are of the opinion that Money will do everything, may very well be suspected to do everything for Money”. – George Savile, Complete Works, 1912

How about some examples of documented outcomes of “takers” that seem to qualify for Poe’s definition of doing wrong for wrongs sake?

I believe one of the big contributions here is some contexts (reality checks) quoted from Rana Foroohar – Makers and Takers – The Rise of Finance and the Fall of American Business: 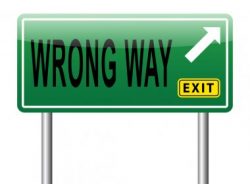 How impactful is the counterproductive decisions that are being made? I quote Alain Sherter, Managing Editor at CBS News, reflecting on lingering issues:

Are We Trying to Make it Right?

Given the impact of this imp of the perverse – or whatever you call it (or however you rationalize it), have we started to build counterbalance into the system? What can we reference with regard to efforts in this context? I have selected the following from a long list provide by Rana Foroohar:

Or – Are We Trying to Rationalize It?

Further evidence of the sense that ‘taking’ is wrong is the efforts that have been put forward to rationalize it (kind of like when a kid rationalizes taking a cookie because it ‘looked lonely’).

Steven Pearlstein, a Pulitzer Prize-winning business and economics columnist for the Washington Post has reflected on the delusional arguments that have been put forth:

In what may well be one of the more preposterous propositions I have written about – at least (I hope) this will cause some reflection.

In the “Business vs. Science: Are you losing this fight” blog, Bud’s main question is “if the information is available but is not being used, I put the question to you – why” and I believe this strongly relates as to why people are the most difficult aspect of business. I think being open to change is a huge obstacle that needs to be overcome by individuals in businesses today. I agree that change is scary and often requires a lot of preparation before it can be implemented, but the result could… END_OF_DOCUMENT_TOKEN_TO_BE_REPLACED

Rarely does a truly inspirational business leader come along who has achieved phenomenal success by challenging traditional thinking and is committed to sharing what he has learned with others – to improve business and the world. All too often organizations operate in cultures where tradition is revered and powerful systems prevent innovation from occurring. Yet both business and education are at a tipping point; mainstream practices are simply not sustainable – it must change.  Successful leade… END_OF_DOCUMENT_TOKEN_TO_BE_REPLACED

“Thank you! This article (How To Exercise Your Decision Making Muscle) helped me close a deal over weekend! We had been working with an investment bank to get investment done in a client’s company for a long, long time. I used many tactics from the article including ‘go / no go date, analysis paralysis explanation and using imagination to see opportunity in a new light – I even gave a copy of the article to the banker. It was extremely timely and helpful – I ought to give you some of the commiss… END_OF_DOCUMENT_TOKEN_TO_BE_REPLACED

The Business Brain Model  occupies a special niche, bringing together decades of experience across a very wide range of business and finance with an extraordinarily in-depth knowledge of the interface of neuroscience and psychology, including the latest developments in those fast-changing domains. This provides a singular insight into how these disciplines interact, and how recent developments in brain science can have a dramatic effect on business success. Bud’s writings should be required re… END_OF_DOCUMENT_TOKEN_TO_BE_REPLACED

“I’ve enjoyed the erudition of your written work, especially your piece on “Laughter In The Workplace”; wherein you gingerly skip from Plato, Aristotle, Hobbes, and Descartes over to Kant and Schopenhauer, (by way of Freud and Spencer) with Abe Lincoln added for good measure. Each individual in your pantheon, especially lately, Kant, has provided important guideposts along the way for my own growth. I particularly appreciated your Laughter piece because it helped me to smile and be more light-he… END_OF_DOCUMENT_TOKEN_TO_BE_REPLACED

The blog post “The Most Difficult Aspect of Business is People” is a very good read and I think most if not all business owners should read it. I completely agree with the author’s thoughts about empathy. I think that most individuals tend to categorize sensitivity and the ability to understand and share feelings with weakness, therefore this always leads to there being “that guy” in most businesses. I believe that businesses that show more empathy have greater chances of success as it improves… END_OF_DOCUMENT_TOKEN_TO_BE_REPLACED

I really enjoyed reading the post on the value of people in a business and the difficulty associated with managing different personalities and skills. I particularly enjoyed the discussion on empathy as one of the most special and important gifts of our brain. I believe that empathy is an aspect of the human condition that affects so many aspects of social relationships, and can completely dictate the way we feel about someone, how we receive and react to them, and in the context of a busines… END_OF_DOCUMENT_TOKEN_TO_BE_REPLACED