Starting with a bit of history – the vagus nerve has appeared in various contexts in earlier articles:

Despite these previous articles, a quick summary seems in order, especially since this topic involves so much psychological and physiological context. 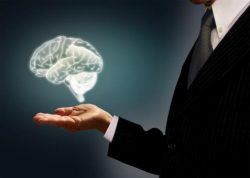 What is the vagus nerve?

The vagus nerve is one of 12 cranial nerves – it being the largest. It extends from the brainstem to the abdomen by way of multiple organs, including the heart and lungs.

Also known as cranial nerve X, the vagus forms part of the parasympathetic (involuntary) nervous system and commands unconscious body functions. Illustrative roles include keeping the heart rate constant and controlling food digestion. 80-90% of the nerve fibers in the vagus nerve are dedicated to communicating the state of your viscera up to your brain – an important bias!

How does it work:

I cite an overview via Christopher Bergland – The Neurobiology of Grace Under Pressure:

The autonomic nervous system is comprised of two polar opposite systems that create a complementary tug-of-war. The sympathetic nervous system is geared to rev you up like the gas pedal in an automobile – it thrives on adrenaline and cortisol and is part of the fight-or-flight response. 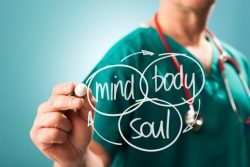 As a sidebar: As with so many mind/body issues, the relevance of this mind/body link has been recognized in the East long before the West!

So much for the science lesson – now back to the Business Brain Model and therefore, the relevance to business folks.

This section can be easily dismissed by referring back to an earlier article How Embodied is Your Cognition directed to mind/body linkage.

For those that don’t have the time or energy – here are the salient points from the earlier blog:

Obviously this flies in the face of historic views that all the responsibility is with the brain.  In other words, the brain is not the only influencer on behavior, including decision making, etc.

According to an article (The Scaffolded Mind: Higher mental processes are grounded in early experience of the physical world) from the European Journal of Psychology:

Some general considerations that illustrate the relevance of embodied cognition to business people. Having an understanding opens a plethora of “tools” both proactive and interpretive.

You will note that originally, I did not identify the essential conduit transmitting information gathered about the world around us by our body (senses) to our brain.

No surprise by now – it is the vagus nerve!

In 1921, a German physiologist, Otto Loewi (who went on to win the Nobel Prize), made what has been described as a “happenstance” discovery in his laboratory. He discovered that when stimulated the vagus nerve caused a reduced heart rate by stimulating the release of a substance he termed “Vagusstoff” (German: “Vagus Substance”). The “vagus substance” was later identified as acetylcholine and became the first neurotransmitter identified by scientists.

I have in my readings seen reference to stimulation of the vagus nerve having an impact on the ability to consolidate memories – presumably involving the amygdala. 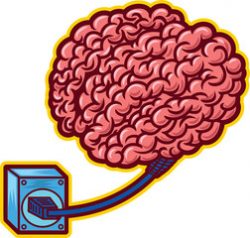 In my mind I envision 3 stages of vagus:

Hopefully by now you can see the value in enhancing the vagus effect.

The 2013 study by Barbara Fredrickson and Bethany Kok of the University of North Carolina at Chapel Hill, “How Positive Emotions Build Physical Health: Perceived Positive Social Connections Account for the Upward Spiral Between Positive Emotions and Vagal Tone,” was published in Psychological Science. This groundbreaking research honed in on the vagus nerve and discovered that a feedback loop between positive emotions, physical health, and positive social connections led to high vagal tone index.

According to Christopher Bergland:

“From a simplified evolutionary perspective, one could speculate that our ancestors relied on the sympathetic nervous system to kickstart neurobiological responses needed to hunt, gather, and ward off enemies. Conversely, the parasympathetic nervous system probably fortified our innate drive to nurture close-knit human bonds, procreate, and build survival-based cooperative and supportive communities.” (A Vagus Nerve Survival Guide to Combat Fight-or-Flight Urges)

In this article, Bergland proposed what he called “the vagus nerve survival guide” (I will only flesh out one of these but encourage you to research the balance):

The simple protocol for a diaphragmatic breathing pattern:

The vagus nerve is an extraordinarily important component of the mind/body aspect. As such, it is relevant to emotions, behavior and performance. Fortunately, various methods of stimulation can enhance performance of the vagus nerve.

About the Author: W.B. “Bud” Kirchner is a serial entrepreneur and philanthropist with more than 50 years of business success. He is not a scientist or an academic but he does have a diversified exposure to neuroscience, psychology and related cognitive sciences. The ideas he expresses here are business-angled expansions of other people’s ideas, so when possible, he will link to the original reference.

The Business Brain Model  occupies a special niche, bringing together decades of experience across a very wide range of business and finance with an extraordinarily in-depth knowledge of the interface of neuroscience and psychology, including the latest developments in those fast-changing domains. This provides a singular insight into how these disciplines interact, and how recent developments in brain science can have a dramatic effect on business success. Bud’s writings should be required re… END_OF_DOCUMENT_TOKEN_TO_BE_REPLACED

“I’ve enjoyed the erudition of your written work, especially your piece on “Laughter In The Workplace”; wherein you gingerly skip from Plato, Aristotle, Hobbes, and Descartes over to Kant and Schopenhauer, (by way of Freud and Spencer) with Abe Lincoln added for good measure. Each individual in your pantheon, especially lately, Kant, has provided important guideposts along the way for my own growth. I particularly appreciated your Laughter piece because it helped me to smile and be more light-he… END_OF_DOCUMENT_TOKEN_TO_BE_REPLACED

Rarely does a truly inspirational business leader come along who has achieved phenomenal success by challenging traditional thinking and is committed to sharing what he has learned with others – to improve business and the world. All too often organizations operate in cultures where tradition is revered and powerful systems prevent innovation from occurring. Yet both business and education are at a tipping point; mainstream practices are simply not sustainable – it must change.  Successful leade… END_OF_DOCUMENT_TOKEN_TO_BE_REPLACED

I really enjoyed reading the post on the value of people in a business and the difficulty associated with managing different personalities and skills. I particularly enjoyed the discussion on empathy as one of the most special and important gifts of our brain. I believe that empathy is an aspect of the human condition that affects so many aspects of social relationships, and can completely dictate the way we feel about someone, how we receive and react to them, and in the context of a busines… END_OF_DOCUMENT_TOKEN_TO_BE_REPLACED

“Thank you! This article (How To Exercise Your Decision Making Muscle) helped me close a deal over weekend! We had been working with an investment bank to get investment done in a client’s company for a long, long time. I used many tactics from the article including ‘go / no go date, analysis paralysis explanation and using imagination to see opportunity in a new light – I even gave a copy of the article to the banker. It was extremely timely and helpful – I ought to give you some of the commiss… END_OF_DOCUMENT_TOKEN_TO_BE_REPLACED

In the “Business vs. Science: Are you losing this fight” blog, Bud’s main question is “if the information is available but is not being used, I put the question to you – why” and I believe this strongly relates as to why people are the most difficult aspect of business. I think being open to change is a huge obstacle that needs to be overcome by individuals in businesses today. I agree that change is scary and often requires a lot of preparation before it can be implemented, but the result could… END_OF_DOCUMENT_TOKEN_TO_BE_REPLACED

The blog post “The Most Difficult Aspect of Business is People” is a very good read and I think most if not all business owners should read it. I completely agree with the author’s thoughts about empathy. I think that most individuals tend to categorize sensitivity and the ability to understand and share feelings with weakness, therefore this always leads to there being “that guy” in most businesses. I believe that businesses that show more empathy have greater chances of success as it improves… END_OF_DOCUMENT_TOKEN_TO_BE_REPLACED