Is There Any Explanation for the Way We Act? Part 2: Latest Insight from a Lost and Found Situation 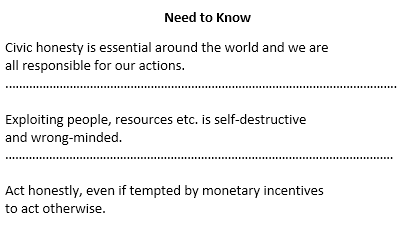 This article concludes our report on some recent research related to “civic honesty” and includes a recap of some of our earlier perspectives on ethics and values in business. As you know, this issue is extremely timely for so many reasons.

(Takers” – Adding Another Perspective to the Discussion – A Result of the Imp of the Perverse? Part 1)

“All things come into being by conflict of opposites.” – Heraclitus

Thanks to a highly regarded neuroscientist, we went back to the drawing board on the article entitled Takers – A Result of the Imp of the Perverse – Part 1.

Gitendra Uswatte responded to the article as follows:

“I typically see eye to eye with you but have to disagree with your thesis in this piece that acting to exploit others is against human nature. My view is that most of us have a mix of impulses, both to benefit and harm others. And that the mix of beneficial to harmful impulses varies across individuals. That is not a flaw but a feature. Just like genetic variation produces a wide range of skin and eye colors, genetic variation produces a wide range of behavioral propensities. Different mixes suit different environments best, and even when a particular makeup is sub optimal for an environment, there is an advantage to the species in maintaining that makeup at some low-frequency in case the environment changes.” 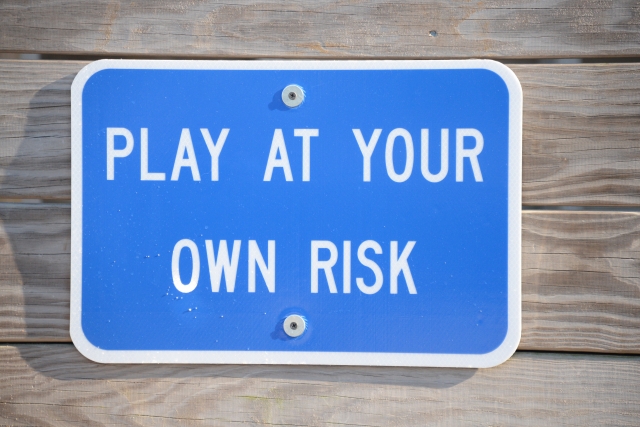 “That is not to say that the traditional Western view that man is sinful by nature strikes the right balance or that we cannot shift the behavior of business leaders by changing corporate culture, laws, and regulations.”

Seems that this provides some explanation for what seems unexplainable?

“Without contraries is no progression.” – William Blake

“There is no passion in nature so demoniacally impatient, as that of him who, shuddering upon the edge of a precipice, thus meditates a Plunge.” ― Edgar Allan Poe, The Imp of The Perverse

Poe’s “The Imp of the Perverse,” is an essay about inappropriate impulses. “The impulse increases to a wish, the wish to a desire, the desire to an uncontrollable longing.” (#1)

The perversion here reflects a thought or action that goes against our natural instinct for survival and self-preservation. It is the act of self-sabotage that is equivalent to jumping off a cliff or letting go of the wheel while driving. Poe himself defined it as the defiance of all consequences or doing wrong for wrongs sake. He described the perverse as “a shadow that flits across the brain”.

What evidence exists to illustrate that the decision to be a “taker” is indeed perverse? If we accept the proposition that empathy is a fundamental human characteristic (Einfühlung) then is not a decision to “exploit or disadvantage others” clearly an imp of the perverse?

How absurd is the construct that we are building here? Well, while we would agree succumbing to the typical example of an imp, temptation to jump off a cliff is truly not in one’s best interest. Exploiting people, resources etc. is equally self-destructive or at the least wrong minded. One has repercussions directly to an individual – the other has consequences to the world around – it is, of course, a world for which we are all responsible.

In other words, the leap of logic that we are proposing here is that while the imp of the perverse is easily grasped in the context of the direct impact on yourself – similarly, the perversity can be extended to the impact on the world around you.

We end this section with what we would describe as an operational definition from Carey: “The visions seem to swirl up from the brain’s sewage system.” Could this explain the smell that is ‘taking’?

And just when it seemed clear?

As we reflect on the points above in the context of business, we can’t help but wonder how inherent (basic) is this temptation to exploit.

“There lives no man who at some period has not been tormented, for example, by an earnest desire to tantalize a listener by circumlocution.” ― Edgar Allan Poe

Finally, we come to the new research we alluded to at the start of what has become a review of perspectives.

Author Alan Cohn (#6) sets the stage: “Honesty is important for economic development and more generally, for how society functions in almost all relationships. Yet, it often is in conflict with individual self-interest.”

Per the authors of Civic honesty around the globe:

“In this paper we examine how acts of civic honesty, where people voluntarily refrain from opportunistic behavior, are affected by monetary incentives to act otherwise. Although there is robust experimental literature on the conditions that give rise to honest behavior, little is known about how material incentives impact civic honesty, particularly in field settings. Understanding the relationship between civic honesty and material incentives is not only practically relevant, but also theoretically important.”

The salient points of this research are quoted in the following:

Co-corresponding author Michel André Maréchal of the University of Zurich summed it up thusly:

“The psychological forces — an aversion to not viewing oneself as a thief — can be stronger than the financial ones,”

As we read this summary, we couldn’t help but think of still another recent example:

In addition to the above – the following despicable quotes have been attributed to this guy:

Of course, he conceded that he put the drug company he ran at risk with his approach.

How Ironic Is This

“Waste no more time arguing about what a good man should be. Be one.” – Marcus Aurelius

In an effort to close on an ‘up’ (dare we say humorous) note but also to illustrate even more convincingly how enigmatic this issue is – it turns out not all wallets were returned – notable exceptions were:

The Business Brain Model  occupies a special niche, bringing together decades of experience across a very wide range of business and finance with an extraordinarily in-depth knowledge of the interface of neuroscience and psychology, including the latest developments in those fast-changing domains. This provides a singular insight into how these disciplines interact, and how recent developments in brain science can have a dramatic effect on business success. Bud’s writings should be required re… END_OF_DOCUMENT_TOKEN_TO_BE_REPLACED

Rarely does a truly inspirational business leader come along who has achieved phenomenal success by challenging traditional thinking and is committed to sharing what he has learned with others – to improve business and the world. All too often organizations operate in cultures where tradition is revered and powerful systems prevent innovation from occurring. Yet both business and education are at a tipping point; mainstream practices are simply not sustainable – it must change.  Successful leade… END_OF_DOCUMENT_TOKEN_TO_BE_REPLACED

In the “Business vs. Science: Are you losing this fight” blog, Bud’s main question is “if the information is available but is not being used, I put the question to you – why” and I believe this strongly relates as to why people are the most difficult aspect of business. I think being open to change is a huge obstacle that needs to be overcome by individuals in businesses today. I agree that change is scary and often requires a lot of preparation before it can be implemented, but the result could… END_OF_DOCUMENT_TOKEN_TO_BE_REPLACED

“Thank you! This article (How To Exercise Your Decision Making Muscle) helped me close a deal over weekend! We had been working with an investment bank to get investment done in a client’s company for a long, long time. I used many tactics from the article including ‘go / no go date, analysis paralysis explanation and using imagination to see opportunity in a new light – I even gave a copy of the article to the banker. It was extremely timely and helpful – I ought to give you some of the commiss… END_OF_DOCUMENT_TOKEN_TO_BE_REPLACED

I really enjoyed reading the post on the value of people in a business and the difficulty associated with managing different personalities and skills. I particularly enjoyed the discussion on empathy as one of the most special and important gifts of our brain. I believe that empathy is an aspect of the human condition that affects so many aspects of social relationships, and can completely dictate the way we feel about someone, how we receive and react to them, and in the context of a busines… END_OF_DOCUMENT_TOKEN_TO_BE_REPLACED

“I’ve enjoyed the erudition of your written work, especially your piece on “Laughter In The Workplace”; wherein you gingerly skip from Plato, Aristotle, Hobbes, and Descartes over to Kant and Schopenhauer, (by way of Freud and Spencer) with Abe Lincoln added for good measure. Each individual in your pantheon, especially lately, Kant, has provided important guideposts along the way for my own growth. I particularly appreciated your Laughter piece because it helped me to smile and be more light-he… END_OF_DOCUMENT_TOKEN_TO_BE_REPLACED

The blog post “The Most Difficult Aspect of Business is People” is a very good read and I think most if not all business owners should read it. I completely agree with the author’s thoughts about empathy. I think that most individuals tend to categorize sensitivity and the ability to understand and share feelings with weakness, therefore this always leads to there being “that guy” in most businesses. I believe that businesses that show more empathy have greater chances of success as it improves… END_OF_DOCUMENT_TOKEN_TO_BE_REPLACED