Is There Any Explanation for the Way We Act? Part 1: Review of Past Perspectives on Ethics and Values in Business

Ethics and Values in Business 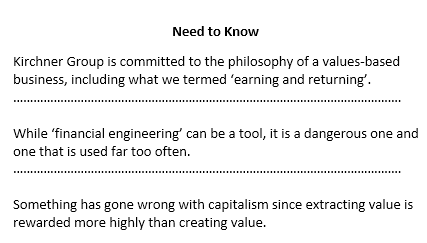 In this 2 part series, we planned to report on some recent research related to “civic honesty”. Given its relevance to our (perpetual) theme – namely ethics and values in business – part 1 will recap some other perspectives that have been addressed in earlier articles.

(There Is A Special Place In Hell For Takers)

To start, here is a verbatim disclaimer that has been used previously with articles on this theme:

Kirchner Group was founded 35-years ago on what was back then an unusual commitment to the philosophy of a values-based business, including what we termed ‘earning and returning’. This approach has been documented in previous articles and during a PBS interview which was chosen as ‘Interview of the Year’. 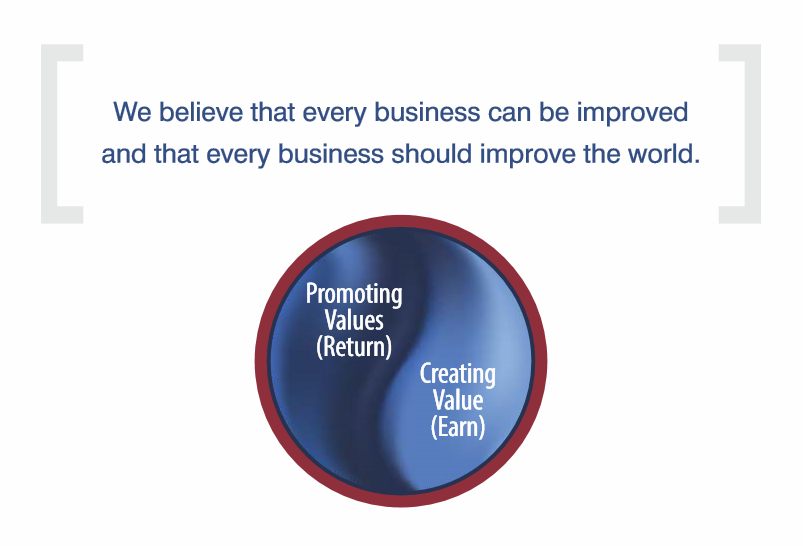 To put it another way, our entire team has devoted our careers to creating real value – not using our talents to create the perception of value or short-term versions of value.

We are firm believers in creating value the old-fashioned way (heavy lifting/long term view etc.) In our opinion, while ‘financial engineering’ can be a tool, it is a dangerous one and one that is used far too often.

As described by the PBS Interviewer:

(Makers & Takers: Why Can’t We Get This Right)

“A cynic is a man who knows the price of everything but the value of nothing.” – Oscar Wilde

Mariana Mazzucato (#6) maintains: “As recently as the 1970s economists viewed financial institutions as merely transferring existing wealth rather than creating new wealth.” Her premise is that something has gone wrong with capitalism since extracting value is rewarded more highly than creating value.

“Until the mid-19th century,” Mazzucato writes, “almost all economists assumed that in order to understand the prices of goods and services, it was first necessary to have an objective theory of value, a theory tied to the conditions in which those goods and services were produced, including the time needed to produce them and the quality of the labor employed; and the determinants of ‘value’ actually shaped the price of goods and services. Then, this thinking began to go in reverse. Many economists came to believe that the value of things was determined by the ‘market’—or in other words, what the buyer was prepared to pay. All of a sudden, value was in the eye of the beholder. Any goods and services being sold at an agreed market price were by definition value-creating.” 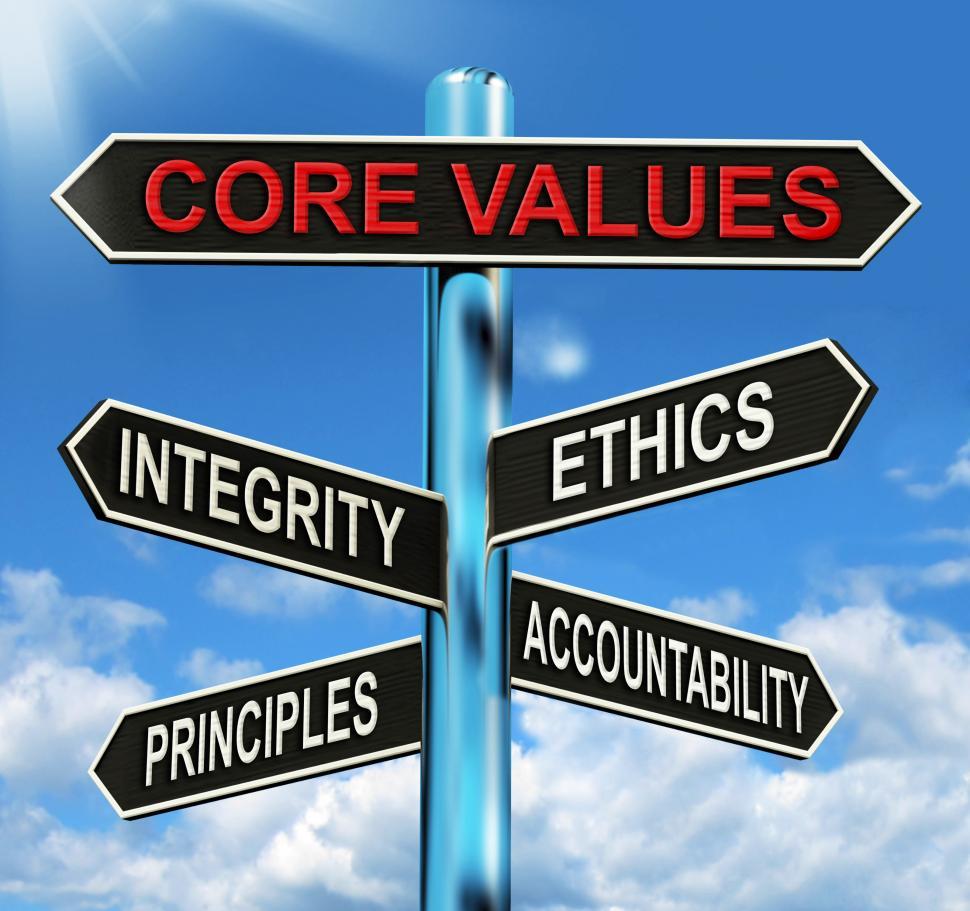 Steven Pearlstein, a Pulitzer Prize-winning business and economics columnist for the Washington Post has reflected on how we got here: (#8)

“Thirty years ago, in the face of a serious economic challenge from Japan and Europe, the United States embraced a form of free-market capitalism that was less regulated, less equal, more prone to booms and busts. Driving that shift was a set of useful myths about motivation, fairness and economic growth that helped restore American competitiveness. Over time, however, the most radical versions of these ideas have polarized our politics, threatened our prosperity and undermined the moral legitimacy of our system.”

Pearlstein (#8) references: “A recent survey found that only 42 percent of millennials support capitalism.”

He then goes on to identify the five “myths about capitalism” that got us into this situation:

(Two Steps Forward – One Step Back)

One of the best overviews we have come across is Makers and Takers – The Rise of Finance and the Fall of American Business by Rana Foroohar. (#3)

Fooroohar reports the facts as she (and others) see things:

Not a pretty picture!

(Human Nature As A Cause)

“It is helpful to think of people as having two fundamental motivations: the desire to see ourselves as honest, good people, and the desire to gain the benefits that come from cheating – on our taxes or on the football field.” – Dan Ariely

You have to be impressed by someone who has mastered the world of a quant and is still interested in behavior. Andrew W. Lo in “Fear, Greed, and Crisis Management: A Neuroscientific Perspective” succinctly describes the context”:

All of these aspects are what John Maynard Keynes described as “animal spirits” and has arguably led to 17 banking-related national crises around the globe since 1974, the majority of which were preceded by periods of rising real-estate and stock prices, large capital inflows, and financial liberalization.

Second on the list is Ian Robertson (Bankers and the neuroscience of greed) who we have had the pleasure of meeting in person. It is extremely impressive how seriously he takes this stuff.

Here are a few of his insights:

“We judge ourselves by what we feel capable of doing, while others judge us by what we have already done.” – Longfellow

“Thank you! This article (How To Exercise Your Decision Making Muscle) helped me close a deal over weekend! We had been working with an investment bank to get investment done in a client’s company for a long, long time. I used many tactics from the article including ‘go / no go date, analysis paralysis explanation and using imagination to see opportunity in a new light – I even gave a copy of the article to the banker. It was extremely timely and helpful – I ought to give you some of the commiss… END_OF_DOCUMENT_TOKEN_TO_BE_REPLACED

The blog post “The Most Difficult Aspect of Business is People” is a very good read and I think most if not all business owners should read it. I completely agree with the author’s thoughts about empathy. I think that most individuals tend to categorize sensitivity and the ability to understand and share feelings with weakness, therefore this always leads to there being “that guy” in most businesses. I believe that businesses that show more empathy have greater chances of success as it improves… END_OF_DOCUMENT_TOKEN_TO_BE_REPLACED

Rarely does a truly inspirational business leader come along who has achieved phenomenal success by challenging traditional thinking and is committed to sharing what he has learned with others – to improve business and the world. All too often organizations operate in cultures where tradition is revered and powerful systems prevent innovation from occurring. Yet both business and education are at a tipping point; mainstream practices are simply not sustainable – it must change.  Successful leade… END_OF_DOCUMENT_TOKEN_TO_BE_REPLACED

The Business Brain Model  occupies a special niche, bringing together decades of experience across a very wide range of business and finance with an extraordinarily in-depth knowledge of the interface of neuroscience and psychology, including the latest developments in those fast-changing domains. This provides a singular insight into how these disciplines interact, and how recent developments in brain science can have a dramatic effect on business success. Bud’s writings should be required re… END_OF_DOCUMENT_TOKEN_TO_BE_REPLACED

“I’ve enjoyed the erudition of your written work, especially your piece on “Laughter In The Workplace”; wherein you gingerly skip from Plato, Aristotle, Hobbes, and Descartes over to Kant and Schopenhauer, (by way of Freud and Spencer) with Abe Lincoln added for good measure. Each individual in your pantheon, especially lately, Kant, has provided important guideposts along the way for my own growth. I particularly appreciated your Laughter piece because it helped me to smile and be more light-he… END_OF_DOCUMENT_TOKEN_TO_BE_REPLACED

I really enjoyed reading the post on the value of people in a business and the difficulty associated with managing different personalities and skills. I particularly enjoyed the discussion on empathy as one of the most special and important gifts of our brain. I believe that empathy is an aspect of the human condition that affects so many aspects of social relationships, and can completely dictate the way we feel about someone, how we receive and react to them, and in the context of a busines… END_OF_DOCUMENT_TOKEN_TO_BE_REPLACED

In the “Business vs. Science: Are you losing this fight” blog, Bud’s main question is “if the information is available but is not being used, I put the question to you – why” and I believe this strongly relates as to why people are the most difficult aspect of business. I think being open to change is a huge obstacle that needs to be overcome by individuals in businesses today. I agree that change is scary and often requires a lot of preparation before it can be implemented, but the result could… END_OF_DOCUMENT_TOKEN_TO_BE_REPLACED