Yongey Mingyur Rinpoche is a meditation teacher in the Tibetan Buddhist tradition, as cited in Why Buddhism Is True by Robert Wright. What Rinpoche meant is that if you want to liberate yourself from the parts of the mind that keep you from realizing true happiness, you have to first become aware of them, which can be unpleasant.

I trust after writing several articles (see bibliography below) that I have done an adequate job of creating a case around the relevance of mindfulness (largely but not exclusively through meditation) to the world of business.

This series is intended to (Part 1) review past material and introduce a new (highly recommended) source and (Part 2) further develop two specific illustrations of the relevance of mindfulness to the Business Brain Model.

As in previous articles, my references here to mindfulness, Buddhism etc. refer to the pragmatic secular (not religious or spiritual) aspects.

If I might – a few excerpts from the archives: 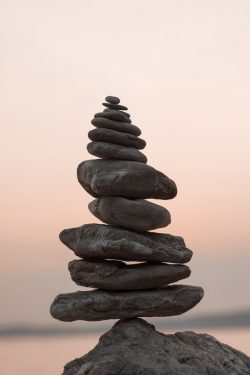 For the purpose of this article – I will introduce select aspects reported by the journalist Robert Wright in Why Buddhism Is True. Wright is a practicing Buddhist who often explores the intersection of religion and science including psychology, cognitive science and neuroscience.

While my objective is to report on Wright’s work as it relates to the Business Brain Model; an overview of the book at large is worth a small detour.

I couldn’t begin to summarize the salient points better than to review using the brilliant Antonio Damasio (Assessing the Value of Buddhism, for Individuals and for the World).

I quote the following directly:

With this overview behind us, I will further distill the relevance in areas such as how you make decisions; interact with others etc. and (most importantly), how our nature compromises our success.

I call your attention to this endorsement:

“The religion of the future will be a cosmic religion. It should transcend personal God and avoid dogma and theology. Covering both the natural and spiritual, it should be based on a religious sense arising from the experience of all things natural and spiritual as a meaningful unity. Buddhism answers this description. If there is any religion that could cope with modern scientific needs it would be Buddhism.” – Albert Einstein

“I’m utterly convinced that the self is an illusion, albeit a very powerful one. I think we labor under the illusion that there is a thinker behind our thoughts or a doer behind our deeds when, in fact, I think we’re just a field of consciousness responding to things in the world.” – Sean Illing

The jumping off point for the balance of this discussion (as it is for the Wright book) is evolution. The underlying theme is how the evolutionary process has stacked the cards against us when it comes to conscious control and objective information processing.

A few of the salient points:

Darwin managed to simplify the evolutionary context by confirming the primary agenda is about passing on our genetic material to succeeding generations. Without going any further than needed into the weeds – this manifest itself in many different ways.

The resulting challenge is summarized by Illing (Why Buddhism is True):

Terry Gross sums the premise accordingly: “Are human beings hard-wired to be perpetually dissatisfied?”  He then cites Robert Wright to make the point:

Before wrapping this section up, I provide additional perspectives (beyond those whose opinion could be argued to be biased) in support of the view that our perception of the world around us is at best subjective comes from the giants in the world of philosophy and science.

So – in summary: we don’t see the world clearly and this has implications to several aspects of business.

For further thoughts on this topic, a list of previously written articles is below.

The Business Brain Model  occupies a special niche, bringing together decades of experience across a very wide range of business and finance with an extraordinarily in-depth knowledge of the interface of neuroscience and psychology, including the latest developments in those fast-changing domains. This provides a singular insight into how these disciplines interact, and how recent developments in brain science can have a dramatic effect on business success. Bud’s writings should be required re… END_OF_DOCUMENT_TOKEN_TO_BE_REPLACED

In the “Business vs. Science: Are you losing this fight” blog, Bud’s main question is “if the information is available but is not being used, I put the question to you – why” and I believe this strongly relates as to why people are the most difficult aspect of business. I think being open to change is a huge obstacle that needs to be overcome by individuals in businesses today. I agree that change is scary and often requires a lot of preparation before it can be implemented, but the result could… END_OF_DOCUMENT_TOKEN_TO_BE_REPLACED

The blog post “The Most Difficult Aspect of Business is People” is a very good read and I think most if not all business owners should read it. I completely agree with the author’s thoughts about empathy. I think that most individuals tend to categorize sensitivity and the ability to understand and share feelings with weakness, therefore this always leads to there being “that guy” in most businesses. I believe that businesses that show more empathy have greater chances of success as it improves… END_OF_DOCUMENT_TOKEN_TO_BE_REPLACED

Rarely does a truly inspirational business leader come along who has achieved phenomenal success by challenging traditional thinking and is committed to sharing what he has learned with others – to improve business and the world. All too often organizations operate in cultures where tradition is revered and powerful systems prevent innovation from occurring. Yet both business and education are at a tipping point; mainstream practices are simply not sustainable – it must change.  Successful leade… END_OF_DOCUMENT_TOKEN_TO_BE_REPLACED

“I’ve enjoyed the erudition of your written work, especially your piece on “Laughter In The Workplace”; wherein you gingerly skip from Plato, Aristotle, Hobbes, and Descartes over to Kant and Schopenhauer, (by way of Freud and Spencer) with Abe Lincoln added for good measure. Each individual in your pantheon, especially lately, Kant, has provided important guideposts along the way for my own growth. I particularly appreciated your Laughter piece because it helped me to smile and be more light-he… END_OF_DOCUMENT_TOKEN_TO_BE_REPLACED

I really enjoyed reading the post on the value of people in a business and the difficulty associated with managing different personalities and skills. I particularly enjoyed the discussion on empathy as one of the most special and important gifts of our brain. I believe that empathy is an aspect of the human condition that affects so many aspects of social relationships, and can completely dictate the way we feel about someone, how we receive and react to them, and in the context of a busines… END_OF_DOCUMENT_TOKEN_TO_BE_REPLACED

“Thank you! This article (How To Exercise Your Decision Making Muscle) helped me close a deal over weekend! We had been working with an investment bank to get investment done in a client’s company for a long, long time. I used many tactics from the article including ‘go / no go date, analysis paralysis explanation and using imagination to see opportunity in a new light – I even gave a copy of the article to the banker. It was extremely timely and helpful – I ought to give you some of the commiss… END_OF_DOCUMENT_TOKEN_TO_BE_REPLACED